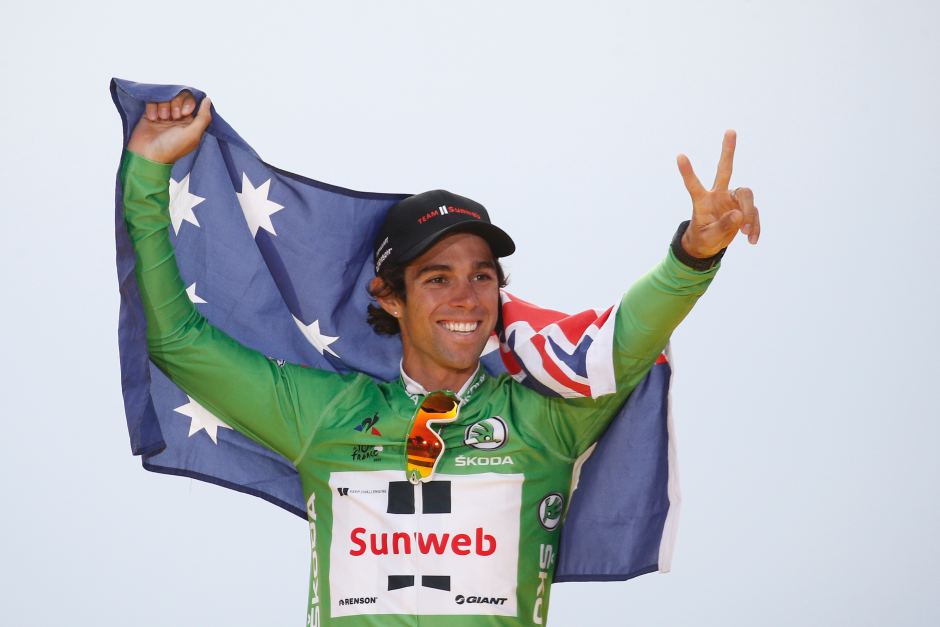 (AFP) – Michael Matthews has already stripped Peter Sagan of one jersey this year and now the Australian is aiming for a double at the world championship road race on Sunday.

Sagan had owned the Tour de France green jersey for five straight years until July, but after the Slovak double world champion was kicked off the race for elbowing Briton Mark Cavendish in a frantic sprint finish, Matthews succeeded him in winning the sprinters’ points jersey.

Now the 26-year-old, known as ‘Bling’ for his flashy style, is aiming to relieve Sagan of the rainbow jersey he’s held for the last 24 months.

“I have one jersey now so we have to go for the second one,” said Matthews. “Everything’s been going really well up to this point. One goal was to win the green jersey; now another is this jersey.”

Matthews is enjoying the best season of his career having claimed two stages during July’s Tour as well as the green jersey.

Last year he finished fourth at the worlds but two years ago he came away with the silver medal as Sagan won both years. But now Matthews will have the entire nine-man Aussie squad working for him.

“To have the full support of the Aussie team is something I’ve been dreaming of for the last couple of years,” he said.

“To have the full nine guys here on the start line on Sunday gives me really a lot of motivation and a lot of confidence for myself to deliver for the guys who are going to be putting their heart and soul on the line for me to do my best in the finish there.”

Sagan and Olympic champion Greg van Avermaet will start as the two outstanding favourites but Matthews believes many riders will be lining up with the conviction they can come away with the rainbow jersey at the end of the punishing 276.5km race.

“There’s a lot of guys in the bunch that are favourites for this race, it’s not just a small bunch.”

Matthews has had some impressive results during his career but he is yet to win one of the sport’s major one-day classics.

He was fourth in Liege-Bastogne-Liege in the spring while two years ago he was third at both Milan-San Remo and Amstel Gold Race, but he believes the time has come for him to step up and claim some major honours.

“When you’ve seen the course, I’ve been riding around it this week almost every day, I know what I’m in for. I think it’s going to be quite an open race.”

He has that advantage that he has already won a gold medal at these championships, a week ago in the team time-trial with Sunweb.

And his compatriot Mathew Hayman — who two years ago won one of cycling’s biggest one day classics, Paris-Roubaix — believes Matthews can continue riding the crest of a wave.

“A big factor in this sport is what’s going on between the ears and if you’re having fun and enjoying it, which you obviously are if you’re winning stages in the Tour and the green jersey, then that’s obviously a big factor,” he added. 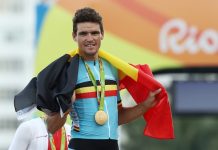