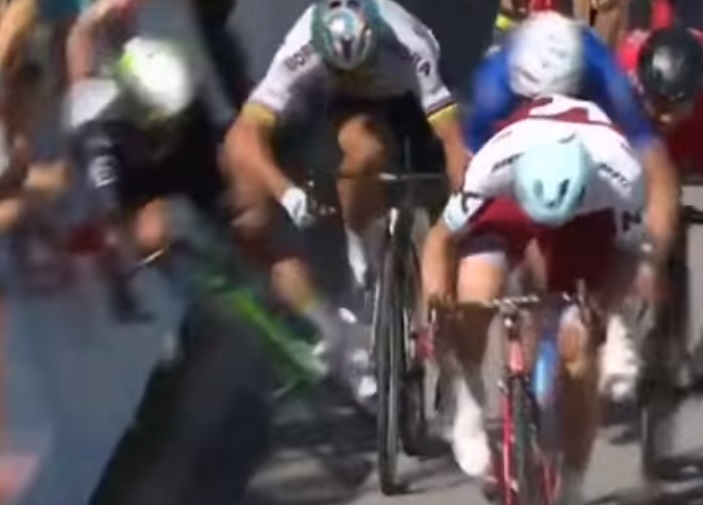 World champion Peter Sagan has been kicked out of the Tour de France after sending Mark Cavendish crashing in the finale of Tuesday’s fourth stage, the race jury president said.

Sagan appeared to realize that he had made a mistake as he immediately went to the bus of Cavendish’ team, Dimension Data, to apologize for the incident.

Cavendish crashed hard on his shoulder, and his finger was bleeding after the finish line.

“Injury-wise, I’m going to go and get it checked out,” he said. “I will definitely need stitches in this finger, it’s bleeding a lot.

“With the shoulder, it might be something to do with a previous injury, it’s sat backwards so I’m not sure if I’ve done something to the ligament. I’m not a doctor, but from the feelings I’m not optimistic.”