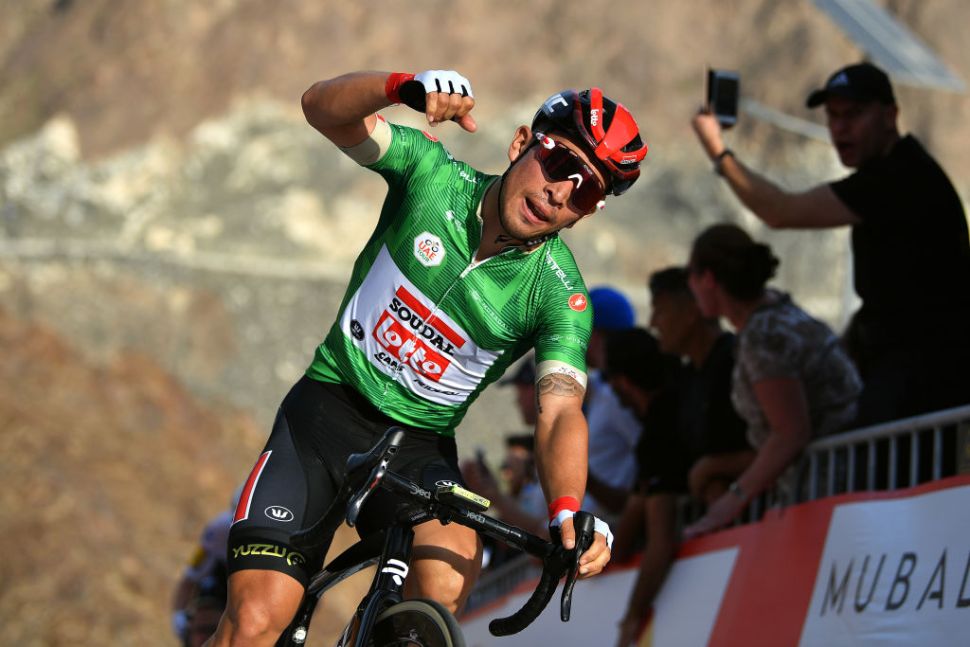 Caleb Ewan sprinted to victory in the second stage of the UAE Tour on Monday, taking the overall lead in the process, while Chris Froome was dropped by the peloton.

Ewan edged out Sam Bennett on the up-hill climb at the finish to take the win at Hatta Dam for a second straight year.

“We thought today’s stage was going to be harder, but because there was no wind, it turned out fairly easy,” said Ewan.

The Australian took the lead in the general classification as first-stage winner Pascal Ackermann fell away on the penultimate climb.

Chris Froome was dropped by the leaders eight kilometres from the finish, ending 111th at 3min 46sec.

Arnaud Demare was third on the day after the 168km ride from Hatta to Hatta Dam.