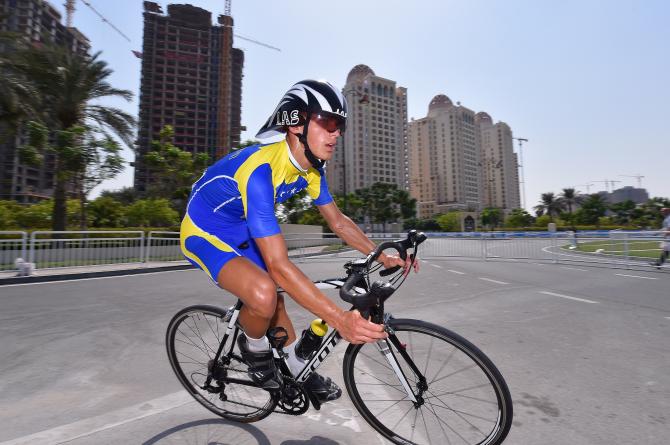 (AFP) – Raimondas Rumsas Jr., the older son of former professional rider Raimondas Rumsas, has been suspended as “a precautionary measure” after testing positive for a banned substance.

The 23-year-old returned a positive sample for the growth hormone GHRP-6 in an out-of-competition test at his home in Tuscany on September 4. In May, then-teammates Nicola Ruffoni and Stefano Pirazzi were kicked out on the eve of the Giro d’Italia after testing positive for GHRP.

It is the latest misfortune to hit the Rumsas family after youngest son Linas died suddenly from a heart attack in May aged 21 years, with reports in Italy that an investigation is underway into his father, head of the Altopack team for which his youngest son competed.

The team is based at Altopascio in Tuscany, near the Rumsas family home.

According to Corriere dello Sport, a search of the team riders’ rooms and the Rumsas home near Lucca found medicines, insulin, painkillers, syringes, and other unlabeled drugs without prescriptions.

In 2002, Rumsas Sr. and his wife Edita were at the center of a scandal. A large quantity of doping products were found in her car the day he finished third in the Tour de France. He tested positive for EPO during the 2003 Giro d’Italia and later served a one-year suspension.

“We’ll explain the medicines that were seized when they think we deserve to be questioned,” Edita told Corriere dello Sport.

“We didn’t talk to the boys about this stuff: You simply don’t dope. We also want to know how Linas died but nobody explains why. His ashes are at our home, we’ll only take them to Lithuania when we know the truth. Nobody can judge us by the way we mourn.”