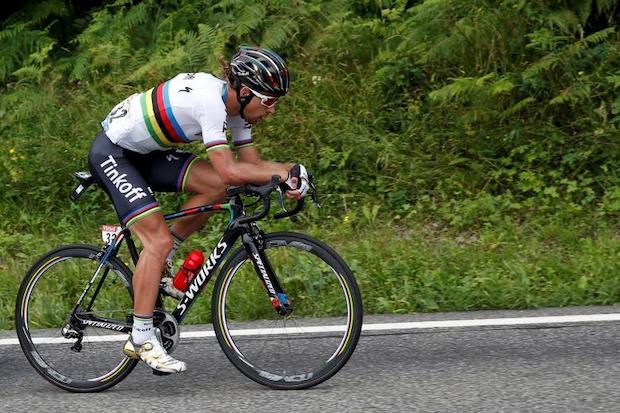 After banning the ‘super tuck’ descending position, the UCI is also prohibiting cyclists from riding with their forearms on their handlebars except from in time-trials now.

Riders will no longer be allowed to use the “invisible aero bars” position on the bike, the extremely common technique of resting on the forearms on the handlebars of a road bike in a way that emulates the reduced drag of riding with aero bars.

“Riders must observe the standard position as defined by article 1.3.008. Sitting on the bicycle’s top tube is prohibited. Furthermore, using the forearms as a point of support on the handlebar is prohibited except in time trials”, read the new rules.

“The rider shall normally assume a sitting position on the bicycle. This position requires that the only points of support are the following: the feet on the pedals, the hands on the handlebars and the seat on the saddle.”

Penalties for violating the position rules may be up to 1,000CHF and 25 UCI ranking points at WorldTour events, the World Championships, and the Olympics.

The UCI has also changed rules for feed and waste zones, adding penalties for littering. Riders can also be fined, docked ranking points and penalised time if they throw objects such as bidons and waste outside of new litter zones.

“Riders may not jettison anything on the roadway itself but shall draw to the side of the road and safely deposit the object there. Riders may also dispose of bottles and clothing to team cars or organization vehicles or with the team staff in charge of riders’ feeding.” 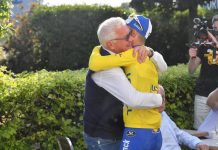 UCI bans hugs at the finish line and it’s not a joke!