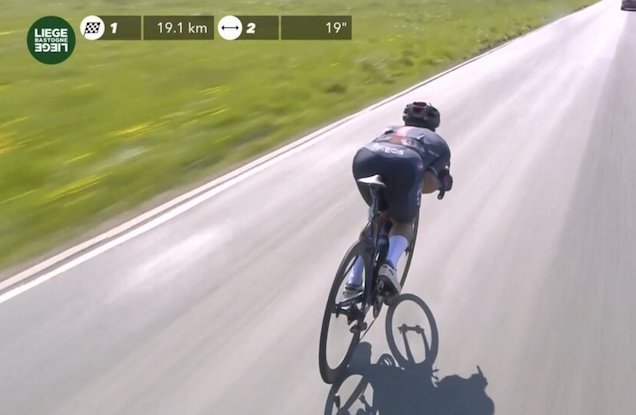 Richard Carapaz entertained the final of Liège-Bastogne-Liège, but has been disqualified for going into the super-tuck position while he was leading the race solo.

Carapaz attacked on the run-up to Roche-aux-Faucons. To keep that attack attempt alive, the cyclist from Ecuador briefly dropped on the top tube at 19 kilometers from the finish. He still kept some contact with the saddle, but the jury was had no mercy and afterwards disqualified Carapaz from the race.

The race was won by Tadej Pogacar (UAE Team Emirates) ahead of Julian Alaphilippe (Deceuninck-Quick-Step) and David Gaudu (Groupama-FDJ).