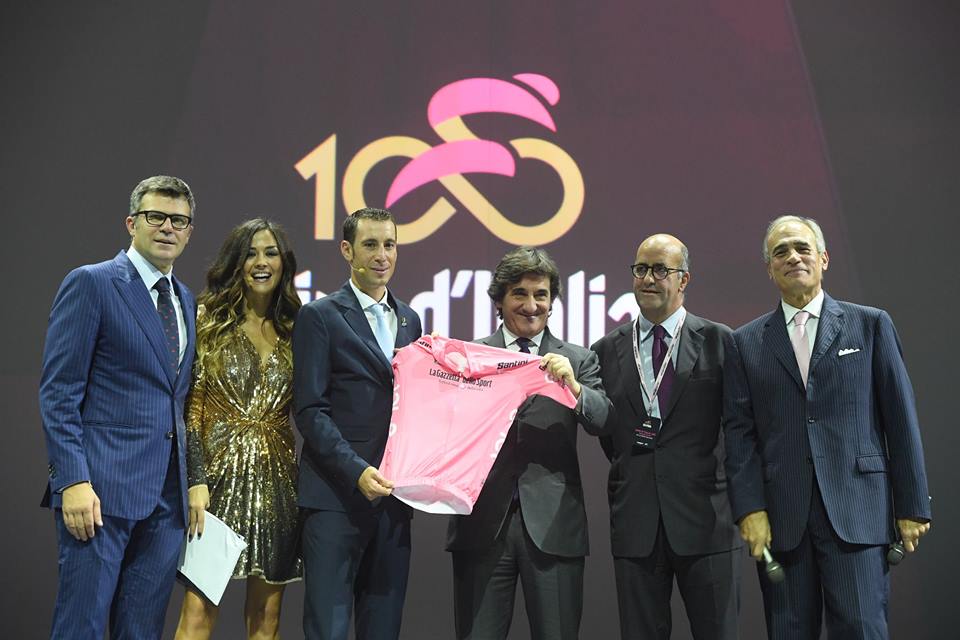 On 5 May, the Giro d’Italia will start from Sardinia and return to the Italian peninsula after two stages in Sicily. The final stage will see the peloton arrive in Milan for the 76th time, on 28 May. This year’s race features many stages in the south of the country, creating a journey through an Italy that is yet to be discovered by the Giro.

The stage has a winding and undulating profile. The first half features minor climbs and mild descents along the northern coast. The last ascent is the 5 km San Pantaleo climb (topping out at 8%). The final part until Olbia is also characterised by a constant undulation, where a sprint victory is to be expected.

A hilly stage that could finish with a field sprint. The first part winds its way in Nuoro’s backcountry with undulations and three long climbs, including the categorised summit of Nuoro and the Passo di Genna Silana. The final 50 kilomerts are mostly downhill or flat, but on a winding road leading into the finish, ideal for a field sprint.

A basically flat stage with light, easy undulating stretches throughout the course. After Villasimius the parcours features some short climbs on the coast road. The final part leading into Cagliari runs flat: the packed bunch will sprint to the finish.

A mountain stage with approx. 3,500 m cumulative elevation gain with two ascents only: the Portella di Femmina Morta and the final climb of the Salto del Cane ascent at an average gradient over 7% and topping 12% leading to the Rifugio Sapienza. A section along the northern coast is followed by two long climbs and one long descent crossing the Nebrodi and Etna Parks. First summit finish of the Giro 2017.

Wavy stage in the first part at the foot of the Etna running across a number of towns with the usual road furniture obstacles. After the Alcantara Valley and Taormina, the course becomes flat along the coast and the final part features a circuit in Messina. A filed sprint is to be expected.

Wavy stage in the first part with two long climbs (the first is a categorised summit) and a section along the coast, until the final three short climbs lead into the finish – ideal for finisseurs – in Terme Luigiane.

It is a basically flat stage for sprinters. After a slightly downhill start, the route runs along the coast that from Calabria to Basilicata leads to Puglia. Once ss.106 is left, the parcours climbs up to Massafra and cuts across the main towns of the Valle d’Itria with a winding yet flat route. Possibly a field sprint at the finish.

The first half of this hilly stage is perfectly flat until Manfredonia, while the second half features real ascents and undulating stretches. The route climbs up Monte Sant’Angelo and then runs along the Gargano coast with several climbs and descents. The stage course cuts across a few major cities, such as Vieste, before reaching the finish in Peschici on the top of the steep, short climb which was included in the 2000 and 2007 stages.

In the first half the stage course is slightly undulating but the finale climbs up the steep Blockhaus ascent (Passo della Maielletta or “Mamma Rosa”) on the Roccamorice side. It is the toughest side of the well-known climb with its middle section measuring over 7 km in length at gradients of 9-10%. The finish is the same from 2009 at 1,675 m of altitude.

The individual time trial is perfectly flat in the first part, wavy in the second part and on an apparently flat ground in the final part. At the half-way mark, after a short steep climb, the route runs on a wide downhill road. Two intermediate time checks. The finish is by the walls of the medieval village of Montefalco.

A classic Appenine stage featuring a series of mild climbs and descents to move from one valley to the next. From Florence (Ponte a Ema) the route climbs up the Passo della Consuma, then enters the Park of Foreste Casentinesi with the della Calla pass followed by the testing Sella di Raggio. After a pass over the finish line, the stage parcours takes the climb up to Monte Fumaiolo (the hardest one in its last kilometres) and a descent leads straight to the finish.

A stage for sprinters. The first testing part clears the Colla di Casaglia, enters the A1 Appennine stretch in Barberino del Mugello, reaches the Valico Appenninico and leaves it in Rioveggio. The course then runs for over 100 km downhill and on a flat section heading to Reggio Emilia along its boulevards where a field sprint is to be expected.

An absolutely flat stage where the roads are wide and straight from the start to the finish. The route runs across Parma, Fidenza, Piacenza and Voghera. From Casteggio, it follows the same parcous as Milano-Sanremo. Final sprint across the city centre in Tortona.

This short and very intense stage course, featuring the initial perfectly flat 120 km, runs across the Po Plain and reaches Biella, where a steep climb heads to the finish. Oropa is the Montagna Pantani, in memory of his feat in 1999. The final climb measures 11.8 km in length at an average gradient over 7%, topping 13% half way through the ascent.

Two parts characterises this stage: the first 150 km, from the start until Zogno, are flat, then the route becomes demanding and fairly hard in the last 40 km with the Lombardia 2016 finale and the Miragolo San Salvatore and Selvino climbs leading into Bergamo Alta and into the finish in Bergamo.

Alpine queen stage with approx. 5,400 m cumulative elevation gain. The course runs first on a mild climb heading to Edolo and then climbs up the Mortirolo from Monno (only one precedent in 1990). The parcours takes a pass over the finish line in Bormio, climbs up the Passo dello Stelvio (Cima Coppi) and reaches Prato allo Stelvio and Glorenza, crosses the borders to Switzerland and clears the Umbrail Pass leading back to Italy, just 3 km from the Stelvio summit, and running down to Bormio.

The stage features an intermediate level of difficulty. The course starts off with the Aprica ascent and the Passo del Tonale. After a long descent in Val di Sole and Val di Non the route climbs up in Val di Cembra and then in Val di Fiemme and Fassa. The final 70 km run mildly uphill leading into the finish possibly with a few riders sprint.

Queen stage in the Dolomites. Some of the most well-known passes of the region will be climbed: Pordoi, Valparola, Gardena and Pinei. Over 137 km an approx. 4000 m cumulative elevation gain will be made. The final ascent in Valgardena leads to few km from Ortisei (same finish as in 2005).

The stage course features two climbs right after the start (Monte Croce Comelico and Sappada) followed by a long descent with the short but quite steep climb of Sella Chianzutan before the second half of the parcours heading to Aviano. The parcours then runs on a final steep 14-km ascent, where the first 6 km are at a gradient around 10% (topping15%) and then the climb becomes milder though very hard still until the finish (Pantani’s feat in 1998).

A very long stage with long climbs. After the first half across the hilly region around Treviso famous for its Prosecco vineyards, the route reaches Feltre where (in Caupo) it climbs up Monte Grappa on its north side. It is a climb measuring 24 km in length with long sections at 7-8% gradients alternating with short apparently flat ground stretches or descents. A very long descent heading to Romano d’Ezzelino is followed by 10 km on a flat section leading to the 14 km climb up to Foza at a gradient of 7.1%. The stage route runs over the final wavy 10 km to the finish in Asiago.

The Individual Time is perfectly flat (or very slightly downhill) and runs along the boulevards in Monza and Milan after the start in Monza Motor Racing Track (one complete lap is raced). A “classic” finale in the city where the Giro d’Italia was born with the finish line in Piazza Duomo.