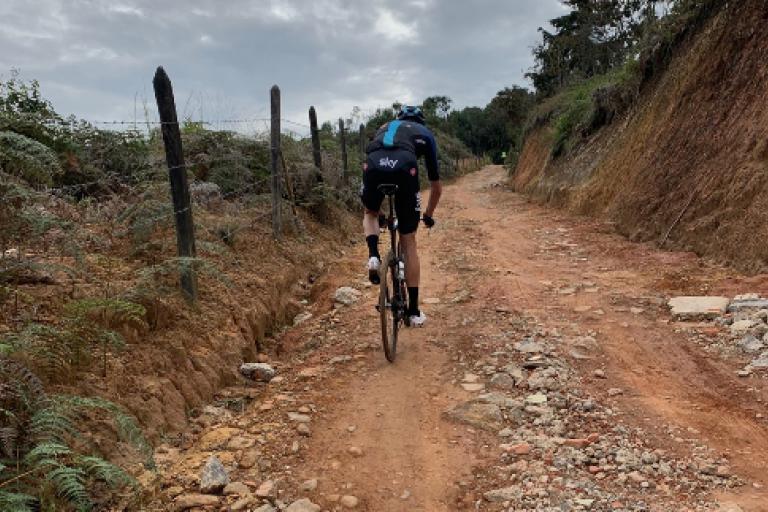 Chris Froome embarked on an impressive ride in Colombia ahead of his first UCI race of the season, Tour Colombia.

The British rider uploaded a 188km ride to Strava after putting in more than five hours riding time and 2,700 meters of elevation, averaging 35km/h while riding outside Medellín on his time trial bike.

Froome was seen riding his custom Pinarello Bolide on some technical unmade roads.

Joined by teammates Egan Bernal and Jhonathan Narvaez, Froome spent five and a half hours exploring the countryside just south-east of Medellin, which happened to also include plenty of dirt paths. 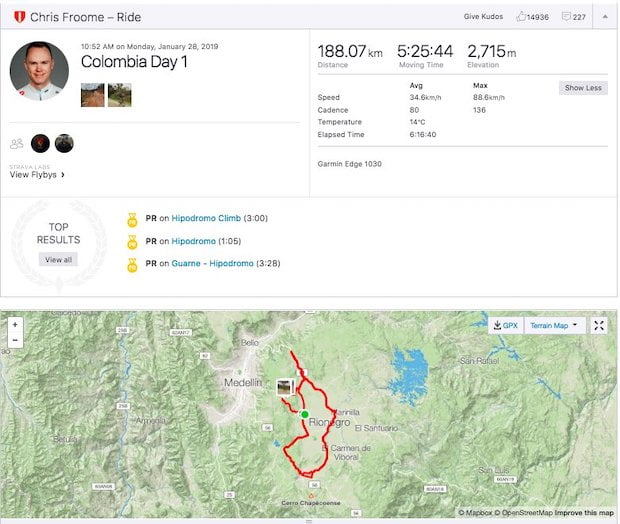 Regardless of terrain, the 33-year-old seemed to hold good speed across the uphill tracks and escaped getting any punctures.