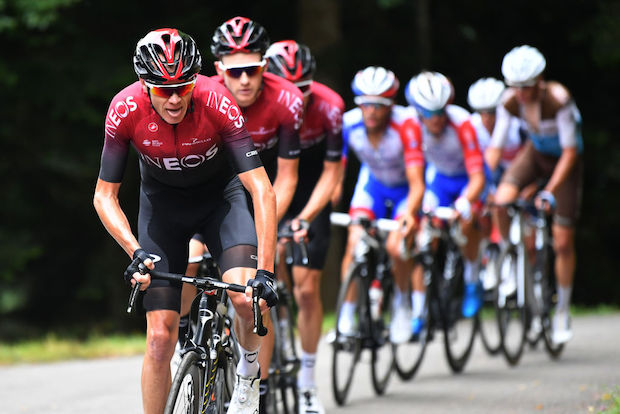 Bauke Mollema says what many were thinking after watching Chris Froome get dropped on the climbs in Tour de l’Ain.

“I don’t actually count Froome anymore,” he said.  “You can see that he is not at the level where you will just win the Tour, I think.”

Mollema explained the finish of stage 2, where he began to launch a strong sprint before his right cleat snap off.

“I came from behind perfectly with 200 meters to go, when I shot out of my pedal. I tried to clip in again, but shot out of my pedal again. It is a shame that there is no result, because I had the feeling that I could at least finish on the podium.”

“I was happy to be there with the six best climbers. There were only Tour favorites in the group”.

“It was a really tough race. The temperature rose to 35 degrees Celsius. It was really grueling, but a good test. There are few races to pick up on course hardness and it is only a few weeks until the Tour. This race and the Critérium du Dauphiné are the only opportunities to go full throttle and test yourself.”