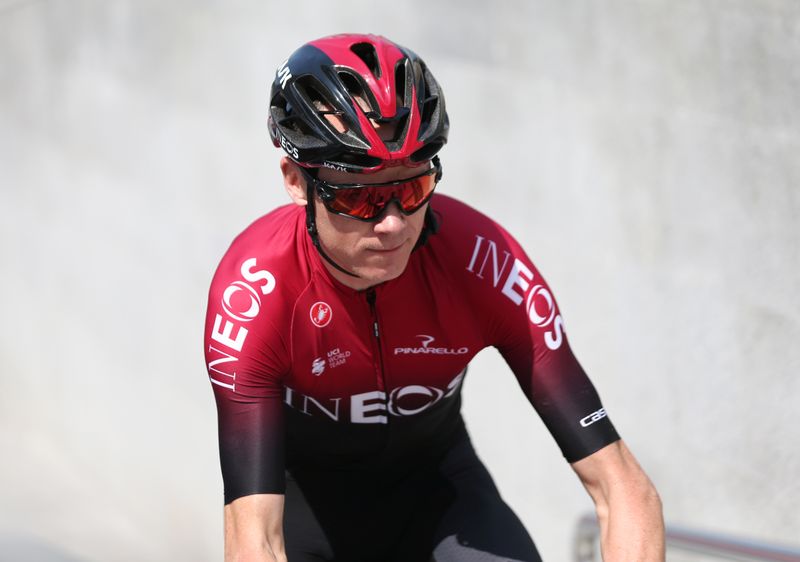 Chris Froome will face a decisive test at the forthcoming Criterium du Dauphiné as the French race is going to be critical in deciding who will be picked by their teams to race thie year’s Tour.

“Keeping in mind that we are now three weeks away from the Tour, the end of Tour business is in five weeks, so you don’t want to back down yet,” Bradley Wiggins says. “There is still time to improve and Froome will improve with every race he does due to his origin, which was basically in intensive care at one point.

“He was in critical condition when he had the accident. Every day is a bonus for him and if you had told him he was back racing a year ago and told him he would be part of the Tour team he would have taken that “.

However, Egan Bernal’s presence in the team is one of the reasons Froome is leaving Ineos at the end of the season after the team decided not to renew his contract for 2021.

Froome was believed to have been frustrated with Ineos for not reprimanding the 23-year-old over comments he made in April. The Colombian said: “I’m young, I’ve already won one Tour, and I’m not going to throw away an opportunity to win another, that’s for sure. That I would sacrifice myself being at 100%… I don’t think I’m going to do that, nor will anyone.”

Froome returns to Dauphine on Wednesday in what could be a decisive race for the 35-year-old. Ineos named his seven-man squad for the race, with Froome alongside Egan Bernal, Geraint Thomas, Jonathan Castroviejo, Michal Kwiatkowski, Pavel Sivakov and Dylan van Baarle.