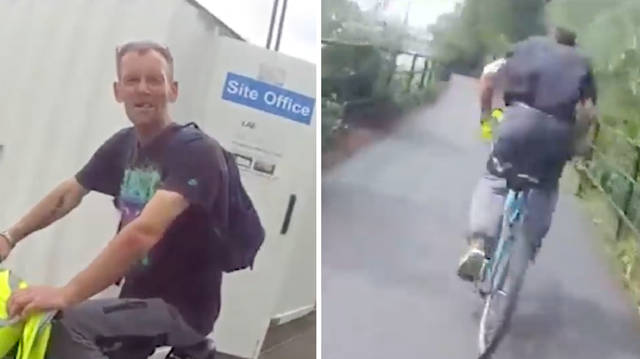 Here’s the moment a police officer became embroiled in a high-speed bike chase through Derby, U.K, pursuing a man attempting to steal bikes.

Officer’s bodycam recorded the 2.14-minute chase as the thief attempted to out-cycle police by speeding along a path and underpass. He was eventually caught when PCSO Sadler managed to ride alongside him while another officer tackled him on foot in the opposite direction.