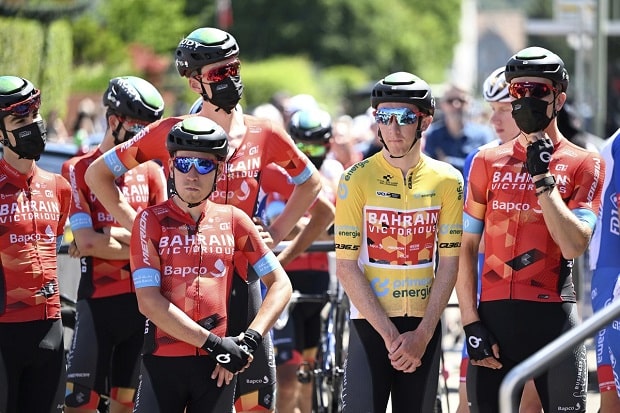 Police searched the homes of riders and staff of Bahrain Victorious ahead of their departure for the Tour de France which starts on Friday, the team said on Monday.

“The investigation into the members of the team, which started almost a year ago and did not yield any results, continues just before the start of the most important cycling race, the Tour de France,” the team said in a statement.

“Due to recent investigations, the team feels the timing of this investigation is aimed at intentionally damaging the team’s reputation.

“The house searches experienced today by members from Team Bahrain Victorious represent a continuation of the investigation process that began during the team’s successful performances at last year’s Tour de France.”

At the time, the prosecutor’s office in Marseille said the investigation was into “acquisition, transport, possession, import of a prohibited substance or prohibited method for use by an athlete without medical justification”.

This year’s Tour de France begins in Copenhagen on Friday.