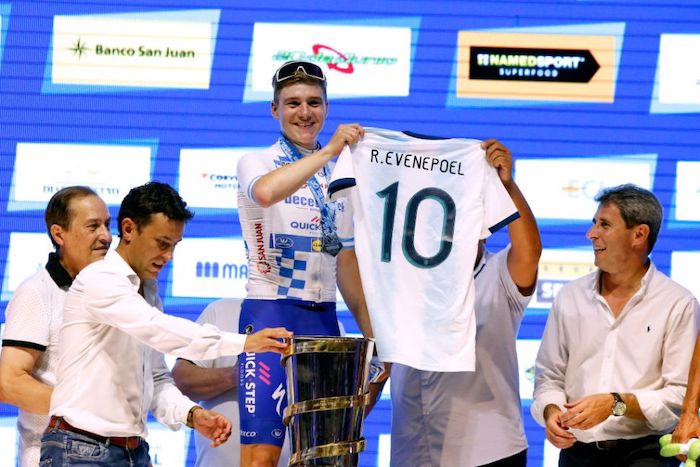 Vuelta a San Juan will not take place this year. The Argentinian stage race had been due to take place from January 24-31, but due to the corona crisis in Argentina, the 2021 edition has been cancelled.

Earlier it was suggested that the Vuelta a San Juan would continue, but without European top teams. That plan is also canceled. There is no Vuelta a San Juan at all this year. Last season, the overall victory in the Argentinian province went to Remco Evenepoel.

The governor of the province of San Juan brought the bad news at a press conference. “We have decided to cancel the 39th edition of the Vuelta a San Juan,” said Sergio Uñac. “There will also be no edition with national or provincial teams. Let’s hope that we can organize the competitions again next year. ”

The Vuelta a San Juan should have had at the start this year names like Chris Froome, Peter Sagan, Joao Almeida, Elia Viviani and Filippo Ganna.