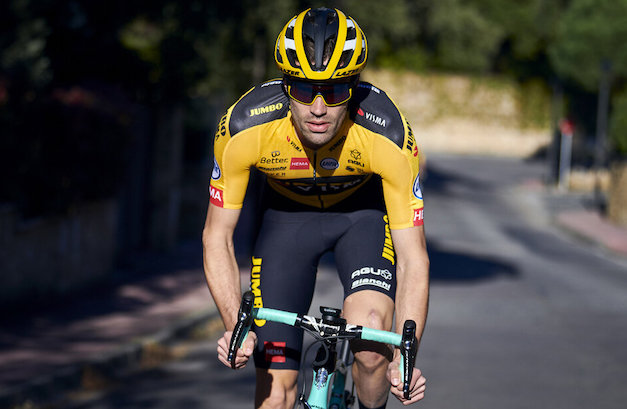 The teams are currently preparing for a highly anticipated 2021 season and Tom Dumoulin has just unveiled his start-of-season schedule.

The 30-year-old will start with an Italian triptych. He will ride the Strade Bianche (March 6), Tirreno-Adriatico (March 10-16) and Milan-San Remo (March 20).

Then, he will follow up with the E3 Saxo Bank Classic on March 26. A week later, he will be present alongside Wout Van Aert, on the Tour of Flanders. Finally, Tom Dumoulin will also line up for the Tour de Romandie. But the Dutchman will not be present this year on the Amstel Gold Race, the Flèche Wallonne and Liège-Bastogne-Liège.

Dumoulin’s grand tour plans are not yet confirmed, though early indications suggest he will return to the Tour de France. Last year, he was 7th overall after offering his support to Primoz Roglic.