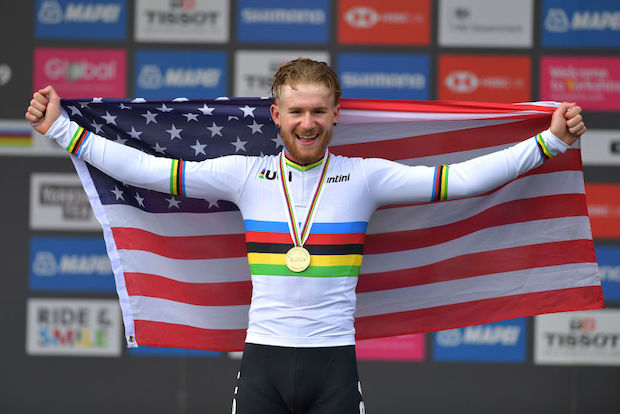 American cyclist Quinn Simmons will ride again for Trek-Segafredo after the team lifted the suspension of the nineteen-year-old talent.

Quinn Simmons responded to a tweet by journalist José Been that read “if you follow me and support Trump, you can go”, with the word “bye” and a hand-waving emoji in a black. Following a backlash on Twitter, his team Trek-Segafredo issued a statement saying the had been suspended until further notice.

“Unfortunately, Quinn Simmons has posted inflammatory messages that we believe are divisive and harmful to the team, the cycling and the fans,” the team management motivated the decision.

One month later and after some elections passed, Luca Guercilena says the American is an important part of the team’s plans for 2021.

“The situation is solved,” Guercilena said. “Quinn will attend the team camps and start the season as normal.

“We are looking into next season and have Quinn as one of our top talented riders to perform at a higher level in 2021, focusing on races”.