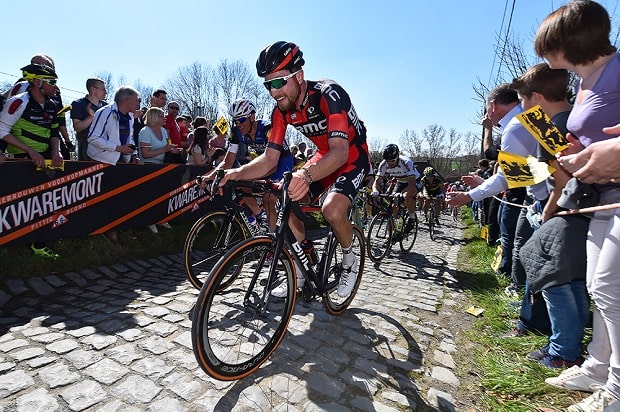 Taylor Phinney has spoken out about opiate abuse in the peloton, cortisone injections in the years where he has ridden professionally among the best.

“There was a time when I was quite outspoken about finish bottles in races. When I first started racing the EPO and blood doping era was seemingly past but there was still a huge amount of opiate abuse in the sport,” Phinney said in an interview with the Thereabouts podcast.

“I don’t know if that has completely gone away but it was pretty widespread in my first couple of years that you would smash a couple of Tramadol at the end of the race… If I took one of those right now it would send me to the moon. I was never into that, I would get offered that but I was like I don’t think I need an opiate painkiller today to get through this race,”.

“But it was just a thing, especially in the Classics, so many of the guys were doing that. I was kind of like, ‘this is fucked up’. So I said some stuff about it in an interview, and then I also talked about how there was a fair amount of coincidentally timed cortisone injections being given to some people going into certain races. You don’t need it. If you need a cortisone injection you should be out for a while. Not like, I just got a cortisone injection and now I’m like, winning Flanders“.

“I had a cortisone injection eventually when I broke my leg and I was just flying and half of my leg didn’t work. I was like, OK, I think I understand this now. I spoke out about that and I received quite a bit of backlash from the management.”