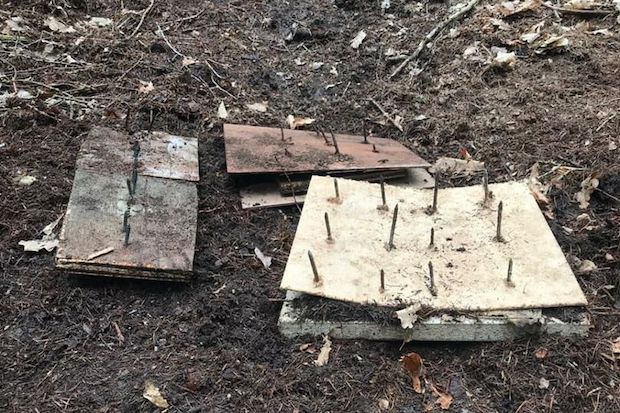 Popular bike trails in the Margrove Woods, U.K., are being lined with nail traps hidden under the soil.

Cyclist Paul Miller discovered a number of wooden boards with several nails sticking out of them in close to Birk Brow after he was left stranded after both tyres were punctured by the contraptions.

???No wonder Paul had to ring for a lift home last night!!!! Who on earth would waste their time to do this!! These were…

The incident has been reported to the police.

Paul Miller’s wife said: “At first he thought he had two punctures but when he got home he noticed a few holes in each tyre and so decided to go back to have another look.

“He sent me some photos of big pieces of wood which had huge rusty nails sticking out of them. They had been buried under the soil and leaves so he didn’t see them the first time.

“Since we put it on Facebook we have heard it’s not the first time it’s happened.

“It’s scary to think they could be anywhere. A lot of people walk their dogs and ride horses there so they need to be careful. The NHS is busy enough as it is without idiots doing this sort of thing. It’s shocking.” 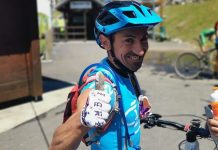 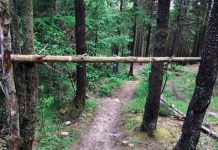