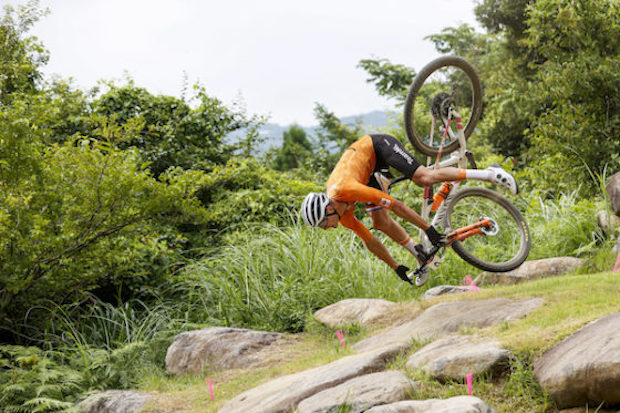 The Dutchman stayed on the ground for a while, but eventually decided to continue. He crossed the finish line 56 seconds behind the leader but later abandoned the race with injuries.

Van der Poel said that he was not aware the ramp on the drop off rocks had been removed from the course for the race.

“I was not aware,” Van der Poel said. “That plank was there during the reconnaissance. I only heard that it had been removed at the test event. No I didn’t know anything. Currently in hospital for X-rays. Too much trouble (pain) to finish.”