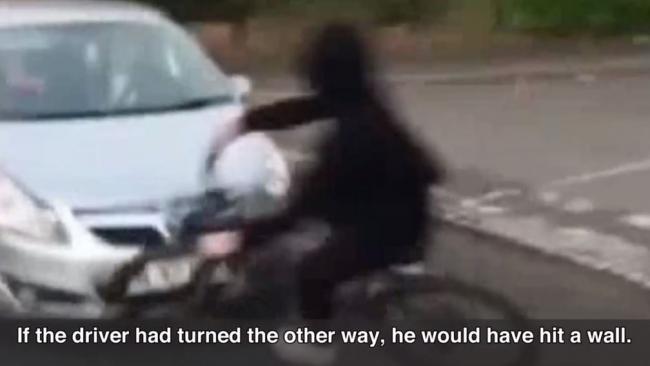 A dangerous new craze sweeping Instagram has seen teenagers dicing with death as they ride their bikes into the path of random cars.

Hertfordshire Police has launched a campaign to warn young cyclists of the dangers of deliberately swerving in front of cars for social media videos.

The move comes after a young boy called Paul was knocked off his bike as his friends filmed him playing the ‘swerve the car game’.

His mother, Lesley Belcher from Borehamwood, has joined police in warning of the potentially fatal consequences of this game by sharing her story, along with footage of the incident.