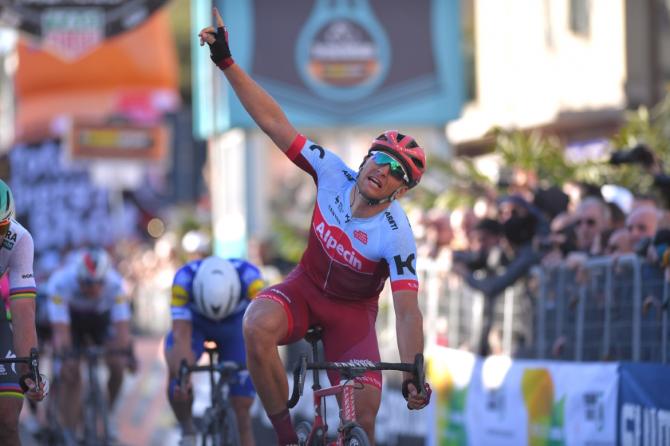 The 153-kilometre ride from Numana was marked by a mass crash eight kilometres from the finish provoked by Fernando Gaviria, which forced Sagan, who was on his wheel, to take evasive action.

The Colombian rider collided with Argentine teammate Maximiliano Richeze’s wheel and fell dragging a group of riders with him.

Sagan did a slalom and came out unscathed but had to work to catch the peloton, pulling ahead by jumping the curb of a roundabout, but could not match the power of Kittel.

“The guys did a great job and I’m proud of the team,” said Kittel, who also won Thursday’s second stage at Follonica. “We controlled the race and I’m really happy to be able to win for the team.”

“I’m sorry for Gaviria’s fall but we remained focused, I am proud of this team.”

Richeze finished third with Gaviria suffering a broken left hand which requires surgery and could sideline him for a month, his team said later.