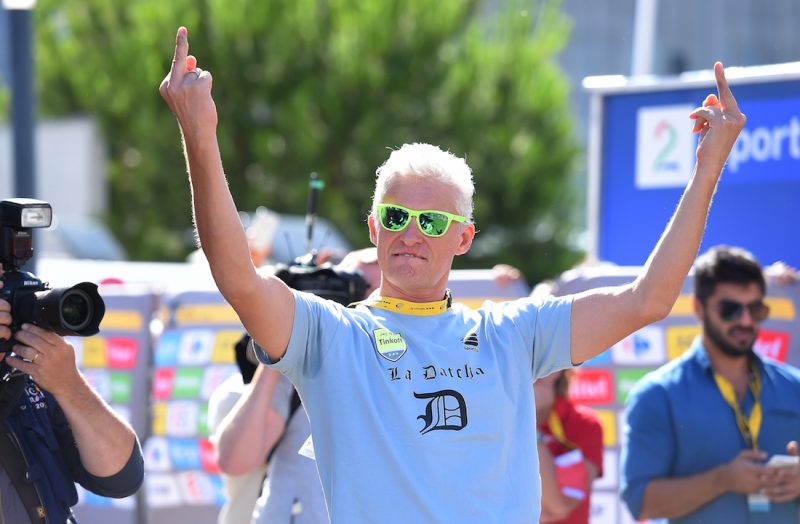 Oleg Tinkov was required to pay nearly $509 million to settle US charges of tax evasion, the US Justice Department said.

The banking and investment tycoon paid the back taxes and fine after pleading guilty on October 1 to felony charges of concealing more than $1 billion in assets to avoid paying taxes on them as he gave up his US citizenship in 2013.

Tinkov is the founder of Tinkoff Credit Services, which became the popular online Tinkoff Bank, and owner of the professional Tinkoff Cycling Team that included stars like Alberto Contador and three-time world champion Peter Sagan on its roster.

The Justice Department said that the Russian-born Tinkov, 53, became a US citizen in 1996. In 2013 he took Tinkoff Credit public on the London Stock Exchange, valuing his holding in it at more than $1.1 billion.

Three days after the IPO, he sought to renounce his US citizenship at the US embassy in Moscow.

But, required in the citizenship renunciation process to report his full wealth and pay taxes on it, Tinkov submitted documents saying he only had $300,000 in assets.

In a 2019 indictment the US Treasury said he owed around $249 million on his earnings.

In the settlement announced, he had to pay more than double that to cover accrued interest and penalties.

The Justice Department had sought his extradition from Britain last year to face the charges.

But Tinkov contested that, disclosing that he was undergoing treatment for acute myeloid leukemia that left him immunocompromised and unable to travel.

The 20 worst cycling kits of all time

Tinkov blasts Contador: What a rip off for investors

Contador: You need to have a set of skills to manage well – Riis had that, Tinkov didn’t

Contador convinced he can still win the Tour de France