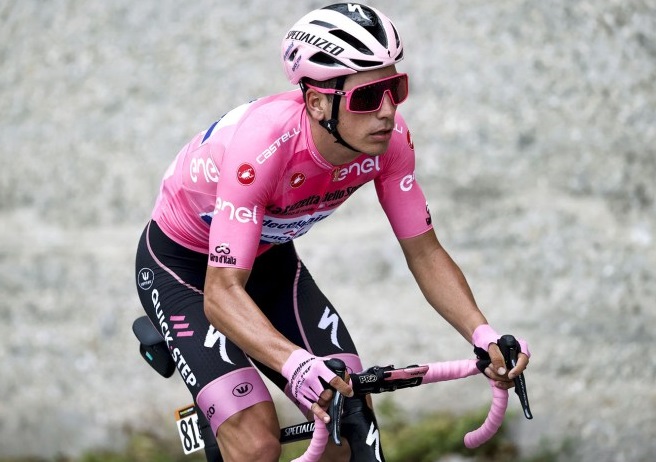 Joao Almeida has set two goals for next season: the Giro d’Italia and Vuelta a Espana, according to the Portuguese Record.

The 23-year-old climberwill make his debut in 2022 in the kit of UAE Team Emirates, after having made his breakthrough at Deceuninck–Quick-Step in the past two years.

Almeida’s season start is scheduled for the UAE Tour in February, a race where home team, UAE Emirates, often starts with a top roster. After that, Almeida will shift his focus to the Giro d’Italia, in which he will be the leader. In 2020 (4th) and 2021 (6th), the Giro was the only grand tour the Portuguese rider has ridden.

Later in the season, Almeida will make the Vuelta a Espana another goal. He will also be the leader of the team in Spain, although it is possible that Tadej Pogacar will also be at the start. The Slovenian is the leader in the Tour de France and may add the Vuelta to his program in the autumn.

Another newcomer, Marc Soler, will ridethe French stage race as a domestique for defending champion Pogacar.