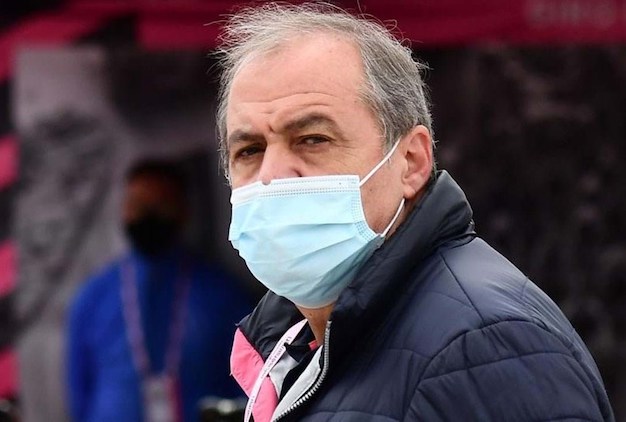 For Mauro Vegni, head of the race, 2020 Giro d’Italia is far from over. The race director has not forgot the abandon of Jumbo-Visma and the letter sent by the EF Pro Cycling in which the Americans asked for the early end of the race.

“I said that there’d be a second part of the Giro,” he said. “And it will be discussed where it should be, to make the right decisions; I’m thinking in particular of the UCI. We will ask those in charge what they intend to do. It doesn’t end here.

“I want sanctions for Jumbo-Visma and EF. If anyone thinks they can infringe the rights or duties of WorldTour teams, then I will also consider myself ‘free’ from the obligation to invite them. What happened is also a matter for the UCI License Commission.”

“The riders must have a union that helps them and that doesn’t just fight to the bitter end. The riders are intelligent people and there’s a need to change the idea of the union, for it to modernise, so that looks at the real interests of the riders. Fights should be fought in a meeting room, not in the streets.

“The fact that they sent a rider representative during his last race says it all. The maglia rosa Kelderman, who supported the protest on TV, later apologised to me in Sestriere.”

“All of [the races] are precious for us and for the whole movement, of which we are the most exposed actors, for better or for worse. We deserve to be listened to, even when we say something you don’t like,” the letter concluded.

“Someone perhaps thought we wouldn’t have made it but we did and with a time trial that decided the race,” he said.

“The Giro sent out a message of pride for all of Italy. It’s a success for the country and a sign that it is possible to live with the virus.

“I’ve got to thank all my staff, who worked so hard. This year feels like ten and it’s definitely the most difficult race I’ve ever organised. There were lots of worries and lots of things to resolve but we always did it with the desire to continue and to reach Milan.”