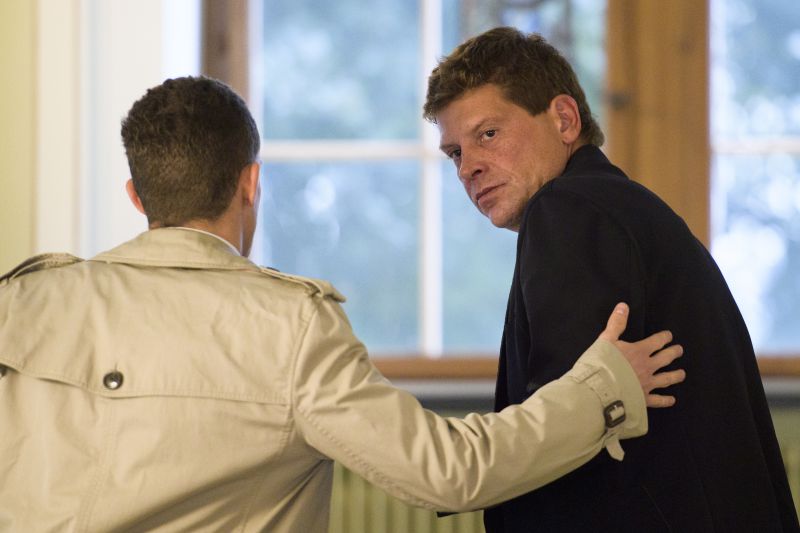 (AFP) – Jan Ullrich was admitted to a psychiatric hospital on Friday after his brief detention for allegedly assaulting a prostitute.

The 44-year-old former cyclist was earlier Friday released on bail pending an investigation for possible attempted manslaughter. But once free, Ullrich suffered a panic attack, reported the DPA news agency.

“Jan Ullrich was admitted to a psychiatric hospital on Friday night where his state of health is being assessed by specialists,” a Frankfurt police spokesperson told AFP.

“Due to his mental and physical state there was no other choice” but to transport him to a psychiatric unit by ambulance, the spokesperson said.

Friday’s incidents arose after the 1997 Tour de France champion had called on the services of a prostitute at the five-star Villa Kennedy Hotel in Frankfurt, Bild daily reported.

But he then “attacked the 31-year-old escort lady in one of the hotel rooms after a dispute,” prosecutors and police said in a joint statement.

He put up a struggle as officers arrived to detain him, they said, noting that “the accused was likely under the influence of alcohol and drugs”.

“The accused is under investigation for attempted manslaughter and grievous bodily harm. Investigations are not over,” they said, adding that the woman has given “extensive details on the attacks” while Ullrich has exerted his right to remain silent.

Ullrich’s run-in with the law came just a week after his 24-hour detention in Spain, where he had sought to force his way into the Mallorca home of his neighbour, German actor Til Schweiger, and threatened him.

Ullrich’s latest woes came just hours after he arrived back in Germany to seek therapy for his drink and drug habit following last week’s scandal in Mallorca.

The former cyclist’s dramatic fall from grace came two decades after he became the only German to have won the Tour de France, in 1997.

Born in former communist East Germany, Ullrich racked up his triumphs after reunification, turning him into a national hero.

He later also won Olympic gold in Sydney in 2000, but failed to replicate his victory at the Tour, finishing for several years behind Lance Armstrong.

Like Armstrong, who was subsequently stripped of all his seven Tour de France wins over doping, Ullrich was embroiled in allegations that he used performance boosting substances.

The German was excluded from the 2006 Tour de France over his links to the Operation Puerto scandal that centred on disgraced doctor Eufemiano Fuentes.

After retiring from cycling in 2007, Ullrich finally came clean in 2013 about his doping past. Since then, he has been struggling with drinking problems.

In 2014, he injured two people in a car crash in Switzerland, and was charged with drink driving.

He was convicted three years later over the case by a Swiss court. Sentenced to 21 months in prison, Ullrich was able to convert that into a suspended sentence of four years plus a fine of 10,000 euros ($11,460).

His addiction led to his separation from his wife Sara at the end of 2017, media reported, noting that she has since moved with their three sons to the Allgaeu region of southern Germany.

Ullrich has a 15-year-old daughter from a previous relationship, with Gaby Weiss.

Going into rehab had been a condition for him to be able to see his children again, Ullrich had said.

Amid his latest woes, his former rival turned friend Armstrong offered his support earlier this week, according to Bild.

Ullrich’s lawyer Wolfgang Hoppe told the newspaper that Armstrong said he was “ready to immediately get into a plane with his doctor and come to Europe” to help the German.

Armstrong “said that the cycling community must hold together. But that what’s most important is that Jan first allows himself to be helped,” said Hoppe, recounting a telephone conversation with the disgraced US cyclist.