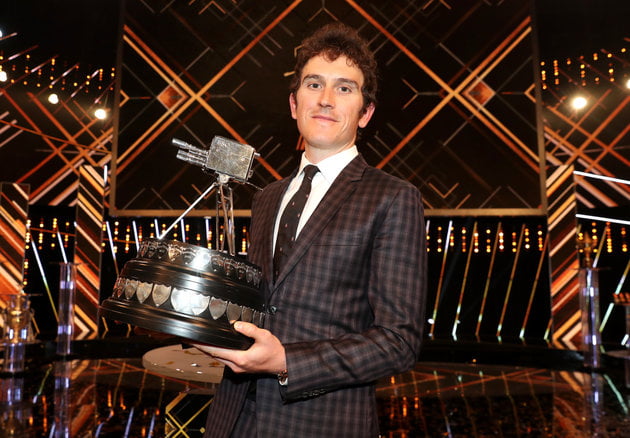 The Welshman, whose victory in cycling’s most prestigious race was the sixth by a British rider in seven years, topped the public vote ahead of Formula One world champion Lewis Hamilton and England football captain Harry Kane.

Thomas said on stage in Birmingham: “I should have thought about what I was going to say. Thanks to everyone who voted. I’m really lucky I came into cycling at the time I did.

“A lot has been said about inspiring people this evening, I was just going down the local leisure centre for a swim and ended up riding my bike.

“I’ve got so many people to thank. My parents and everyone in my family are a massive inspiration.

“As a rider I’m focused on myself, but hearing stories like Tyson (Fury) and Billy (Monger), you realise what we do does inspire people back home. You can take just as much pride from that as winning something like this.

“It’s been an amazing year for British sport, long may it continue.”

It completed a happy day for the 32-year-old Thomas at the end of an unsettling week in which Sky, sponsors of Team Sky, announced it would end its involvement with his team at the end of 2019.

Thomas picked up a replica of the winner’s trophy from Tour de France organizers earlier on Sunday after the original was stolen from a cycling show.