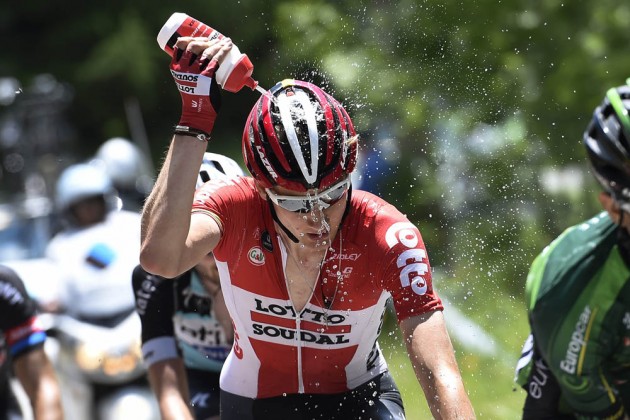 Conducted by the Sports Science Agency and commissioned by Shimano at an F1 testing facility, the study had six participants riding for 30 minutes at a time in a heat chamber set to 28ºC, firstly on a normal bike and then on a Shimano Steps e-bike.

On average they produced three times less sweat (350ml) on the e-bike, had a heart rate that was 63BPM lower at the end of the test and maintained a core body temperature that was 0.9ºC lower than when riding the regular bike.

Higher physiological stress and of course, huge sweat patches on clothing was noted while participants were riding the regular bike, compared to much lower stress levels and little to no sweat on clothes during the e-bike ride.

These results together add further substance to the argument that those willing to give up public transport or driving to work for a greener and healthier method of transport, but unwilling to commit to normal cycling, should consider an e-bike.

Commenting on the study, the Sports Science Agency’s lead scientist on the study, Jack Wilson said: “The main findings of this study show that using an e-Bike as opposed to a regular bike, commuters can complete their ride to work without concerns regarding sweat and physiological strain.

“It’s fair to hypothesize that the benefits of exercise remain and that e-bikes may be a good introduction to those who feel they’re not sufficiently fit enough to attempt to cycle to work.”