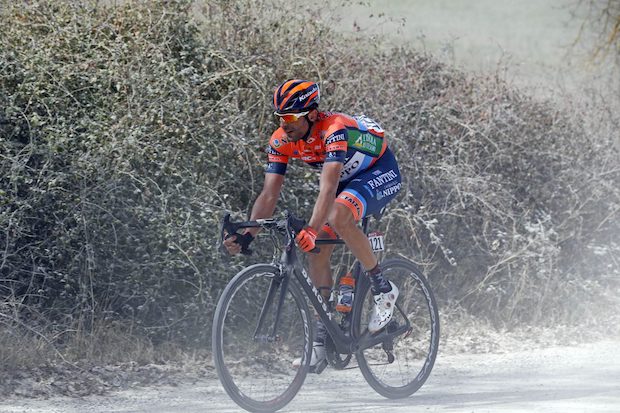 “I can no longer keep the peaks of form for the performances I am facing,” said Moser.

“I have always been a winner, but my down moments have become longer and longer in recent years. They are not attributable to any particular physical deficit –after much analysis and many tests, we are certain that I have no diseases or viruses.

Moser had won just two races in the past six years — a stage of the Tour of Austria in 2015, and Trofeo Laigueglia last year.

“Failing more to have moments of top quality, and given the longer and longer down times, I prefer to stop without dragging myself on unnecessarily. It’s also only fair to everyone involved. I can only thank the team for how they welcomed me and the faith they put in me. I found an exceptional and highly professional environment. It could have been a great success for both of us but it didn’t go that way, so I’m ready to say ‘enough’.”

Moser started his pro career with Liquigas in 2011, where he stayed until 2016 when he switched to Astana. He remained with Astana for two seasons before stepping down to Nippo-Vini Fantini-Faizanè for 2019.