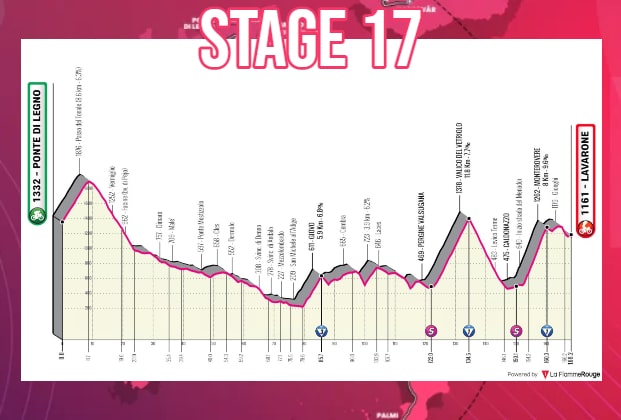 After one of the most, if not the most, difficult stage of this Giro, it is now time for another hard mountain stage. 3950m elevation, one cat. 3 climb and two cat. 1 climbs. We start at 1325 meters by directly ascending to 1883 meters at Passo del Tonale. Sprinters will not enjoy this start have to watch out for the time limit… 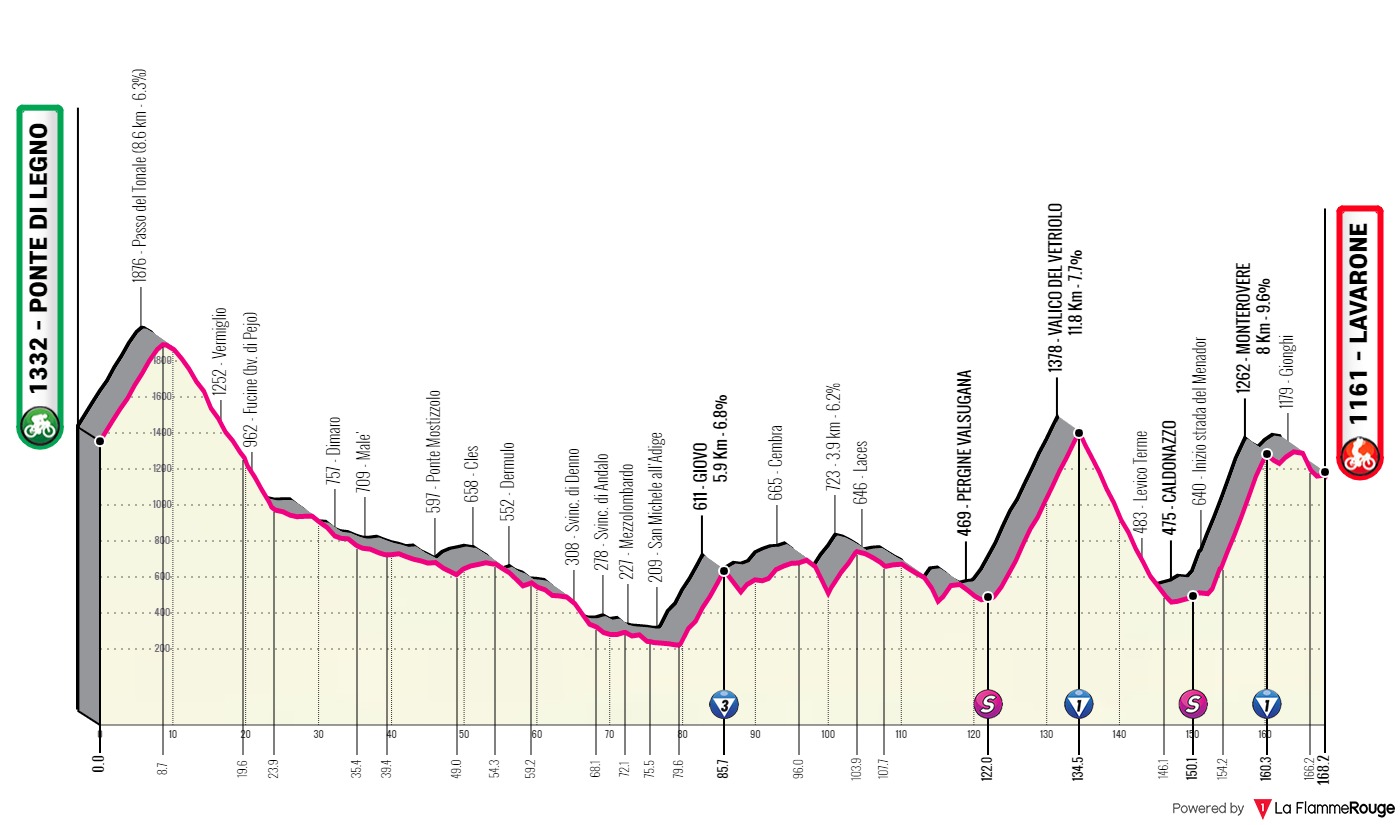 The first 8.7 km will see climbers try to get away. They will need to bring teammates if they want to survive the day though. Bora and Ineos could also set up a pace to keep things under control, only to let riders get away much later on. The 100 km between the top of the starting climb to the the first intermediate sprint will be intriguing. There is a 3 category climb. It could be the terrain for attack or will Ineos hold things in place until the last two gigantic climbs? 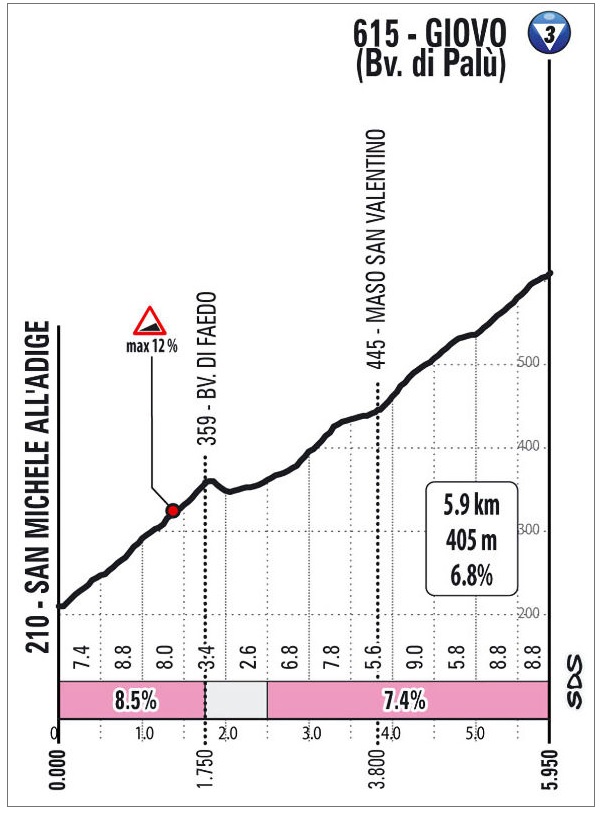 Midway through the race, this 3rd category climb will be use by the breakaway to get rid of deadwood. Averaging 6.8 % for 5.9km, with a maximum gradient 12%, do not downplay its 3rd category. Afterall we have just witnessed how cruel a non categorised climb could look like. 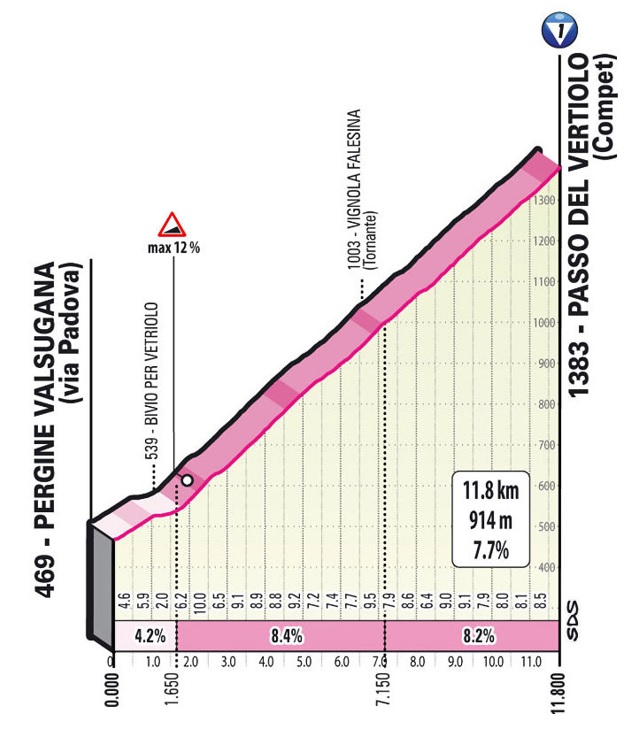 No punishing steep slope for the first categorised climb of the day, but constantly just above 8% for 10km is going to hurt. 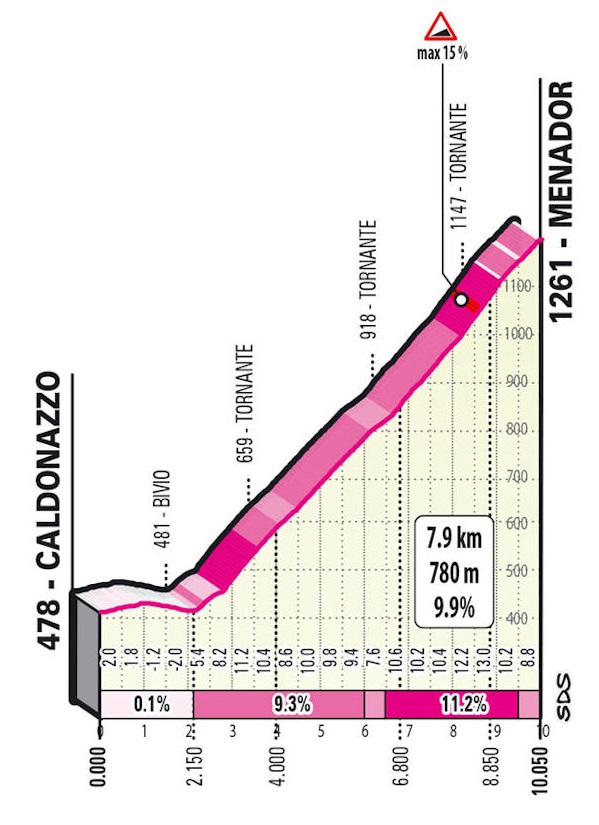 The Menador is the terrain for some damage for pure climbers. If Mikel Landa really feels as good as he looks, he will have the right gradient to make the difference. 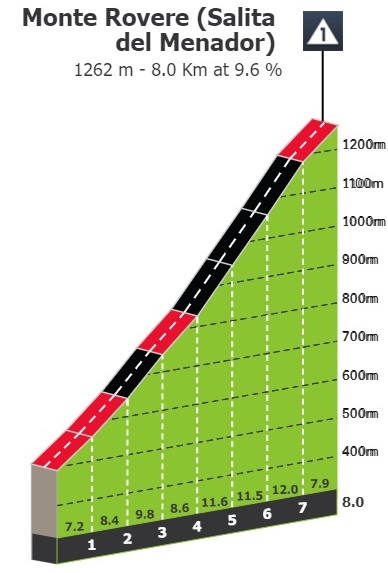 From the summit of the last climb, the riders will have 8 km to put some seconds on some fairer descenders.

Those who rode hard on stage 16 will probably need a rest, but is it possible? This stage was so hard, with an early start to the breakaway. Everyone is probably tired, I’m not sure anyone front-runner has spared anything.

Maybe Koen Bouwman, Giulio Ciccone or Diego Rosa will be fighting for a few mountain jersey points. But Simon Yates will fight for another stage win. Curiously, we haven’t seen much of Ivan Sosa since the start… Out of shape or does he have something in store? It is difficult to predict if a breakaway can go all the way or if the favorites in the general classification will fight for the top places.

Let’s see what happens. Hope we have no rain, and most of all no fall, but it surely be very cloudy for the least…

The breakaway will either be formed at the starting climb or at the valley after 20 km. Bauke Mollema will again try to go for that stage win. Koen Bouwman, Diego Rosa and Giulio Ciccone will continue their battle but it will be very hard for them to take enough of a margin on the peloton.

Jai Hindley has now won the GC sprint 3 times and he will be the favourite of the day. Richard Carapaz is also aware of that and will constantly try to distance him.Mikel Landa is growing in confidence and will keep on pushing Joao Almeida out of the podium. Simon Yates could also be allowed to spring early from the GC group. If the breakaway makes it, it will be hard to deny Ciccone again though.