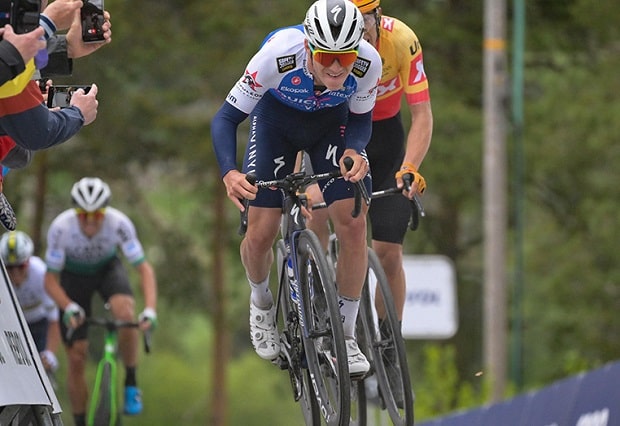 Remco Evenepoel returned to competition after winning Liege–Bastogne–Liege in April and did it with a bang, capturing the victory on the opening day of the Tour of Norway.

Starting from Bergen, the  route took the riders over a rolling 174km course to Voss, where a 2.1km climb averaging 8.4% awaited the peloton, who made sure of bringing back the escapees before hitting the short hill.

With 300 meters to go, Evenepoel accelerated out of the saddle, a move which saw him plug away and hold off a late counterattack of Tobias Johannessen (Uno-X) for his fifth win since the start of the year.

“I am happy to return to competition with a victory and delighted that I had the legs to kick out and make the difference when it mattered,” said Evenepoel, marking his 27th pro win.

“It’s always great to start a race like this, especially when I think this is the first time that I won an uphill sprint. We know it won’t be easy, but we’ll try to defend the orange jersey in the coming days.”