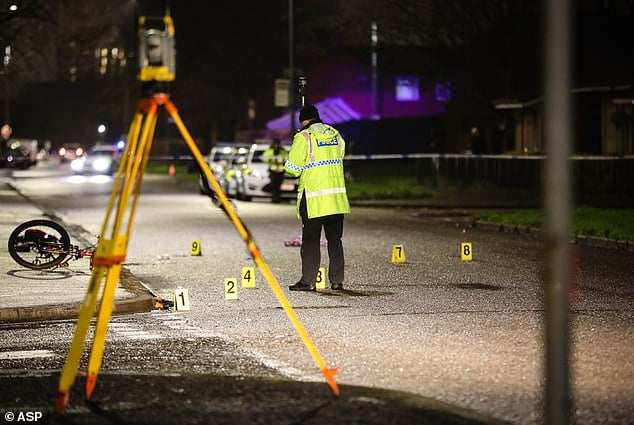 An 11-year-old boy was killed in a hit-and-run collision in Manchester, U.K. A 31-year-old man remains under arrest on suspicion of causing death by dangerous driving.

“Devastated” neighbours have said they believe Taylor was on his bike around the time the crash happened.

A grey Volkswagen Golf, believed to have been involved in the collision, was found abandoned near the scene.

Taylor Schofield – believed to have been cycling – was treated by paramedics at the scene of the incident in Beswick, Manchester, but died of his injuries in hospital.

Paying tribute to Taylor, his family said: “Taylor was a cheeky, handsome lad who loved his mates, football and Man United. He was a very bright, intelligent, loving and caring kid – always smiling, making jokes.

“He’s going to be missed by everyone. He was taken too soon from us.”

Bunches of flowers are being left by a lamppost on Albert Street in his memory.