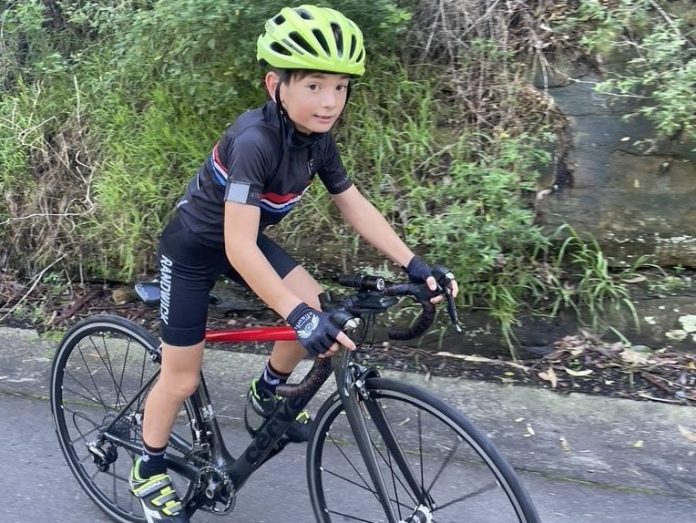 “I’ve been riding a bike since I can remember,” he said. “When I was 2 I got a balance bike, then a mountain bike at age 4 and then I got my first road bike at 8. Now I also have a track bike, BMX and even a unicycle.”

”I’d seen my dad do an Everest and about a year ago. I even joined in to help one of dad’s friends complete an Everest. That got me wondering, who is the youngest ever to do a full Everest?”

The current Everesting age record is held by a 12-year-old.

“I had a feeling I could break that record,” says Jett.

“I knew it would be a mental challenge,” his father says, “so I just warned him where I thought the really challenging parts would occur so he was ready for it. I knew from having done a quarter Everest with him on the same course that he would physically be able to do it ok—and he wanted to do it. There was a bend in each descent that I was a little nervous about him having to navigate 66 times at speed, but he’s pretty good at risk assessment and he just did it at his own speed without any problems.”

“I kept trying to talk about other things to just make the time go by. After each rep in each set I’d call out the number, otherwise, it was easy to forget, and we’d make a little saying like ‘number 6 watch out for sticks.’ That sort of thing kept us occupied to forget about the monotony.”

“He was finding it pretty tough when he was at halfway. I mean, it was already his longest ride ever at that point, but he said to us ‘after another 11, I’m going to have that pizza from last night and then, after the next 11, I’m going to have that tuna and rice.’ It kinda blew me away that he came up with his own little plan and mapped out how he was going to get through it.” 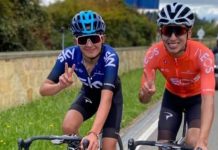