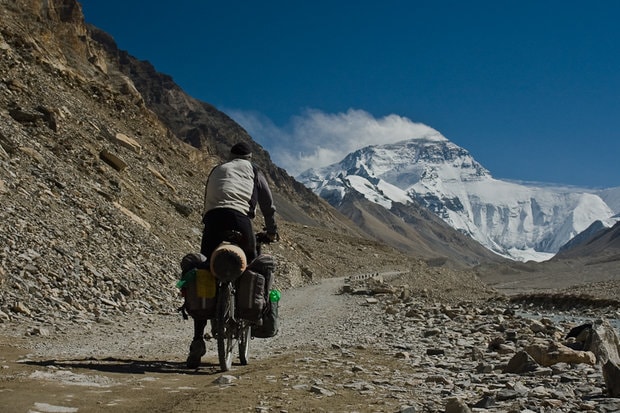 If you’re searching for some kind of fitness goal it’s hard to find a higher target than Everesting.

The first ascent of Everest in 1953 had started a race to claim more difficult routes, harder mountains, and a dozen other permutations that still see records being set today. Likewise we could also see a race.

Everesting is exactly what it sounds like: you climb the total height of Everest in a single ride. Everesting itself seems to date to 1995, when George Mallory was training for an attempt of his own and hit upon replicating the total vertical ascent on training rides. It lay mostly forgotten for more than a decade after that.

To complete the challenge you must climb the 8,848 meters (29,029 feet) in a single ride. You can stop for breaks, but not sleep. All the climbing has to be done out-and-back on a single route, like how a peak can have different climbing routes to the top.

Only complete ascents count – if you hit 8,848 a third of the way up, you have to finish the climb. And you must track the ride and submit a Strava file. There are more specifics, but those are the basics.

You can do 100 repeats of an 88.48-meter climb if you want to, and a fair bit of the Everesters do exactly that. You can also hit yourself in the thumb repeatedly with a hammer.

What makes a great Everesting route? Aside from an iconic peak, the best candidates are ones that feature an economy of miles to vertical, balanced against a climb that’s repeatable. Tackle a climb with a 19-percent wall and you’ll knock out vertical quickly, but that eighth rep will kill you. Spread the gain over a too-long distance, and nightfall is your nemesis.