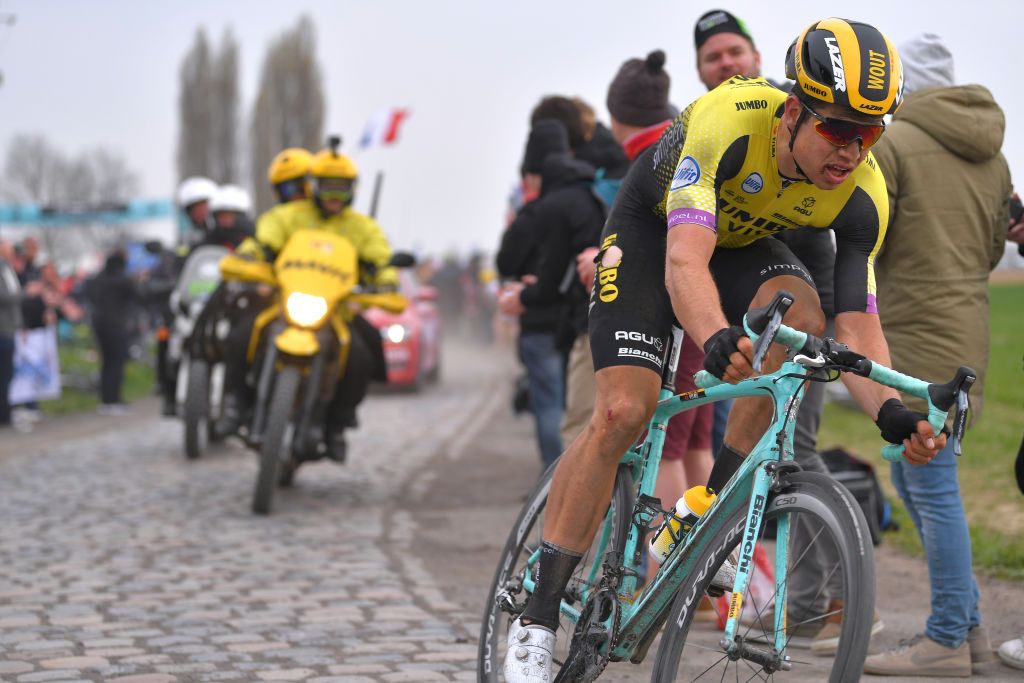 Four months after injuring his leg during a high-speed crash in the Tour de France, Wout van Aert has taken to the cobbles of Paris-Roubaix in a training ride.

The Belgian rider and his Jumbo-Visma teammates rode the famous pavé in Northern France to test equipment including their new Bianchi Infinito CV disc bikes.

Van Aert hasn’t raced since his crash at the Tour de France. Even so, if he’s able to take on the Carrefour de l’Arbre on a wet day in November then the signs for his recovery are good.

He rode the cobbles with Maarten Wynants, Mike Teunissen, and Amund Jansen. They tried material they’ll need later in the spring classics season.

“We did these tests so that we will have all the material available when needed,” a team spokesperson said. “If you still have to test later during the season, sometimes you don’t have everything ready on time.”

This season, Van Aert finished 22nd at the Paris-Roubaix, only fading in the last 25km due to a hunger knock.