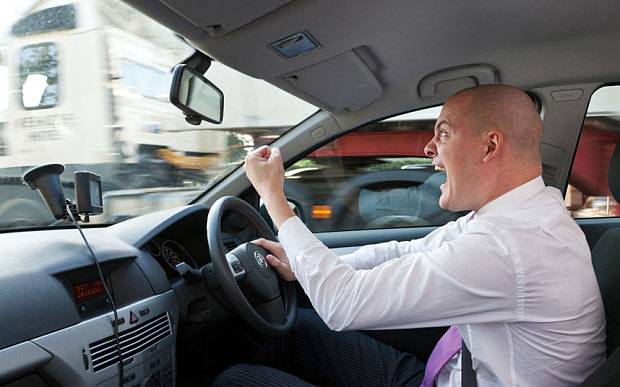 Since our forebears first invented bicycles as a way of proving to horses that we could be fast too, they have boomed in popularity. Leaving noble competitors like the tricycle and the unicycle to be forever associated with the infantile and the insane, respectively.

Now bikes are on our roads and oh my God do some people absolutely positively fricken HATE that. “Cockroaches on wheels,” some dude with a beard and a microphone whose name temporarily escapes me once said. You only need to read the comments section on a tabloid story about bikes to realise that people have some fiery opinions about the subject.

Sure cyclists can be annoying and some bike riders behave like reckless selfish morons. But when you stack up the benefits cyclists bring you, then it is clear that hating them in general proves you are a self-loathing idiot. Here’s why.

Bikes: laxatives for the city

Cars: We bloody love ‘em and a heap are driven by only one person. No surprise then that our big cities are as constipated as that time I–you know what? Basically to drive in the city is to pilot a plug into a sea of other plugs. Cyclists lessen that congestion by being considerably less plug-like. So next time you get angry that some dude on his way to band practice who just cruised across a pedestrian crossing at 8kmph without stopping, think at least I can get where I need to be a little faster because of them.

Bikes are good for the environment. Well duh. Cars are not. WELL DUH! Unless each cyclist is keeping a tire fire smouldering in their back yard for the equivalent amount of time as you are driving they are probably doing more for the environment than you right now. So in the distant future when you are explaining to your grandchild who just lost an arm in the hydro wars how we used to burn black ground syrup to move our cars about and often washed them with perfectly good drinking water, at least you’ll be able to temper their anger if you can say you used to cycle now and again instead of driving.

Better for the economy

Cars beat the absolute living crap out of our roads. Bikes do not. Maintaining roads costs the government heaps of money – like millions and millions each day. Each bike is really saving you money. What assholes.

People living in the inner city often cite traffic noise as a major irritant. Well bikes are WHISPER QUIET. That bit didn’t need to be yelled but the point is the only time a cyclist is going to match the noise of a car is when they ride home singing after the pub closes. Which happens a bit but not all the time. So the chance of their noise ever disturbing you watching Deal or No Deal while eating beans directly from the can is negligible.

Less chance of killing you

It is super hard for a cyclist to kill you. They’ve really gotta wanna get you bad. It happens occasionally but things have to be in an awful alignment for it to occur. On the other hand cars are really super excellent at killing humans. Just top notch. Each cyclist you see on the road is potentially one less petrol filled cube capable of ending your life.

Less chance of you killing them

When there are more cyclists (and pedestrians) about people tend to alter their behaviour and drive a little better. Science! The safety in numbers concept means that if there are more cyclists out there, there is less chance you will take one out. Which would make you feel bad forever even if your blog is 90% ‘reasons I hate cyclists’ posts.

They are you too

Most cyclists are motorists too. They have probably been annoyed by other cyclists at some time or another. We are all one, man. Just chill out on the hate horn and don’t assume that a few annoying cyclist represent all bike riders. Relax it’s good for your health. Not as good for you as riding a bike but little else is.

Actually. No they aren’t. There is no reason for this to be happening. Feel free to direct your rage at these pelotons.