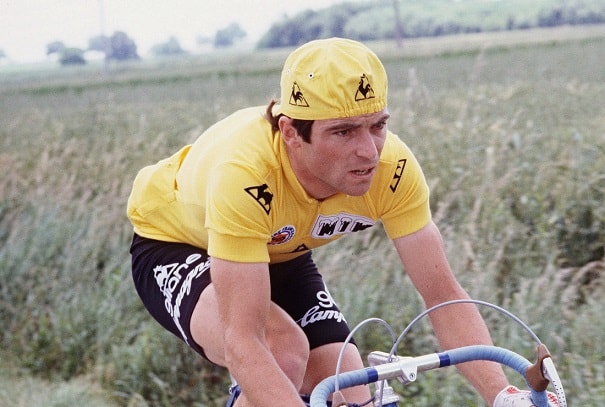 Cycling is among the most popular sports in the world today. Apart from being a competitive sport, you can also cycle as a recreation activity. After enjoying exciting online casino games on JackpotCity online casino during the weekend, you can cycle with your friends to unwind. This article discusses the best cyclists the world has seen. These athletes bear great strength and resolve and have won several championships. Here are the top 10 greatest cyclists of all time.

Eddy is a former Belgian professional road and track bicycle racer. His full name is Edouard Louis Joseph Baron Merckx. Velo News of the US once described him as the greatest and most successful cyclist of all time. Eddy won the Tour de France and Giro d’Italia five times. He was World champion three times and won the Vuelta a Espana once in his illustrious cycling career.

Jacques is a former French road racing cyclist. He was the first cyclist to win the Tour de France five times. He managed to win it four consecutive times between 1961 and 1964. The cycling fraternity will remember him for his ability to ride solo against the clock earning him the nickname “Monsieur Chrono.”

His accolades include winning the bronze medal in the 1952 summer Olympics in Helsinki in 1952. He also won the Grand Prix des Nations title nine times consecutively. The L’Equipe named him as “France’s champion of champions” in 1963. In 1965, he was appointed Chevalier de l’Orde national du Merite, and in October 1966, he was also awarded the Chevalier de la Legion d’honneur.

Bernard is another former French cyclist. His most outstanding achievement is being the only cyclist that managed to win all the three Grand Tours, winning each more than once. He is also remembered as the only cyclist to finish first or second in all the Tour de France he competed in. He managed to win the Tour de France five times and runner-up two times.

In a career that lasted 12 years, Bernard managed over 200 victories. He also won the Giro d’Italia three times and the Vuelta a Espana two times. In the 1980 Liege-Bastogne-Liege Classic event, he is remembered for finishing the race almost 10 minutes ahead of his closest competitor.

Mario cipollini, a retired Italian professional road cyclist, was popularly known as “Cipo.” In his career that lasted between 1989 and 2005, Cipo managed 191 championship triumphs. Other nicknames he earned during his memorable career are ‘ll Re Leone’ and ‘Super Mario.’ He made a comeback in 2008 from retirement to participate in the 2008 Tour of California with Rock Racing. He finished third on the second stage.

In 2010, he started manufacturing his own bicycle brand, which the Italian ISD-NERI team used in various tournaments.

Ullrich is a former German professional road bicycle racer. In the 2000 Sydney Summer Olympics, he won two medals, including gold. He emerged as the winner in the HEW Cyclassics in Hamburg in 1997. He also won the title of the Vuelta a Espana in 1999. He is still remembered for the bicycle boom in Germany after his victory in the 1997 Tour de France.

The authorities had prohibited him from participating in the Tour de France after accusing him of doping. In 2012, the Court of Arbitration for Sport found him guilty of a doping offense. He was stripped off all his finishes from May 2005 after he confessed to blood doping in 2013.

Fausto is a retired legendary Italian cyclist; he is remembered as the most dominant force in the Second World War era. Fausto’s world hour record at the Velodromo Vigorelli in Milan in 1942 stood for up to 14 years. In 1940 at the age of 20, the legendary cyclist won his first Giro d’Italia. He went on to win the title five times.

Other accolades include winning the World Championship in 1953 and won the Tour de France twice in 1949 and 1952. He was also a three-time winner of the Milan-San Remo Classic and the Giro di Lombardia five times.

Miguel is a retired road racing cyclist from Spain. The Spaniard won the Tour de France five consecutive times from 1991 to 1995 and is also remembered as the youngest cyclist to win the Spanish amateur national road championship. He is also among the seven cyclists to have managed the Giro-Tour double in the same season. He is the current holder of the most consecutive Tour de France wins after Lance Armstrong’s seven wins were revoked.

Cycling fans regard the former Irish road bicycle racing professional as the finest classic riders in cycling history. He is remembered as the most dominant force in cycling in the 1980s. Sean won 193 professional races that include nine monument classics in his successful career. In 1981 he became the first UCI Road World Cup winner. He also managed the Paris-Nice event seven years successively. Other championships he has won include Milan-San Remo, Giro di Lombardia, Paris-Roubaix, and Liege-Bastogne-Liege.

The former Italian professional cyclist was nicknamed “The Phoenix.” He was the second cyclist to accomplish the title of all three Grand Tours of road cycling. His achievements include winning the Giro d’Italia three times and Tour de France. He also won the Vuelta a Espana in 1968 and the Paris –Roubaix and Giro di Lombardia in 1966. In 1973 he emerged winner in the UCI Championships.

Lance Armstrong is one of the most controversial athletes in the cycling world. Armstrong was the holder of the Tour de France titles seven times consecutively from 1999-2005. However, after a positive doping test, his achievements were stripped. He started competing at the age of 16. He won two successive sprint-course triathlon in 1989 and 1990. In 1993 he won the World Championship and the Clasica de San Sebastian in 1995. He won all his Tour de France titles and a bronze medal in the Summer Olympics in 2000. 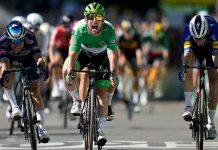