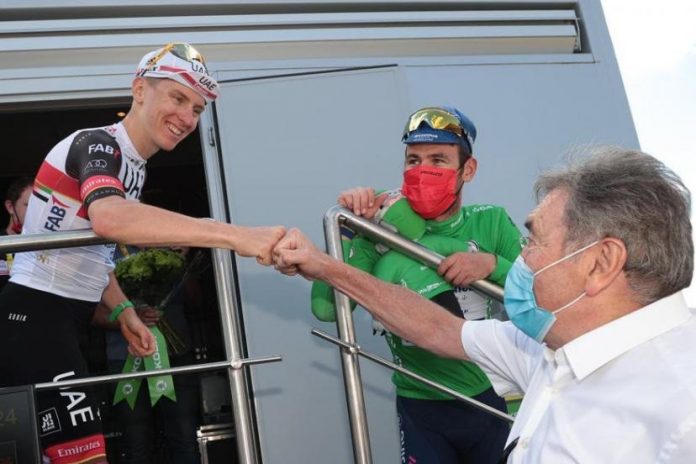 Eddy Merckx has praised Tadej Pogacar, pointing out that the Slovenian has already won two Tours de France at the age of 23, as well as two Monuments.

“I have heard many times ‘this is the new Merckx’ without the conditions being fulfilled, but with Tadej I think we are really there this time – he is 23 and has already won the Tour de France twice, incredible”, said Merckx.

“Tadej is only at the beginning of his career, I think he can do better than me in some races. He is 23 years old and has already won the Tour de France twice and 30 races, that is unbelievable.

“At 24, I had not even won the Tour. He is still at the beginning of his career, but I think he is doing better than me in some races. He is a great champion and we are going to enjoy him for many years to come.”

Many see Merckx as the greatest rider ever. His honors list is impressive and unparalleled. The Cannibal won the Tour 5 times in his career, the Giro 5 times and the Vuelta once. In the grand tours he has a total of 64 stage victories, of which 34 are at the Tour. Merckx also became world champion three times and won no less than 19 Monuments.