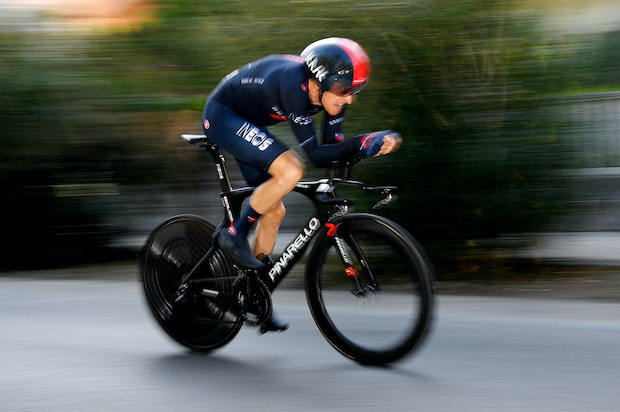 Filippo Ganna won the opening stage of the Giro d’Italia as Geraint Thomas opened an early gap on his rivals.

The only other GC challenger close to Thomas’ time was Simon Yates who came away with only ceding 26 seconds to Thomas. It was a solid performance that sets up the GC between the two British stars.

“It’s not a course that was good for me, I just tried to do what I could,” Yates said. “The race is long, and this is only 15km of the course. Hopefully it’s a good start, and we’ll see what happens in the next few days.

Many of the contenders posted poor times on the largely downhill charge from Monreale into Palermo.  Steven Kruijswijk, Jakob Fuglsang and Vincenzo Nibali were all more than a minute behind Thomas.

“It was windy but I think I was quite comfortable on the bars, pretty solid, so that was a bonus,” Thomas said afterwards.

“Maybe I just attacked, I was a bit too aggressive to start with, in the last two kilometres I started losing the legs a bit which was a shame because there was a bit more of a headwind there. I definitely emptied the tank though.” 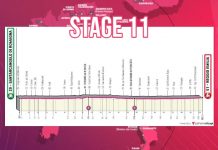