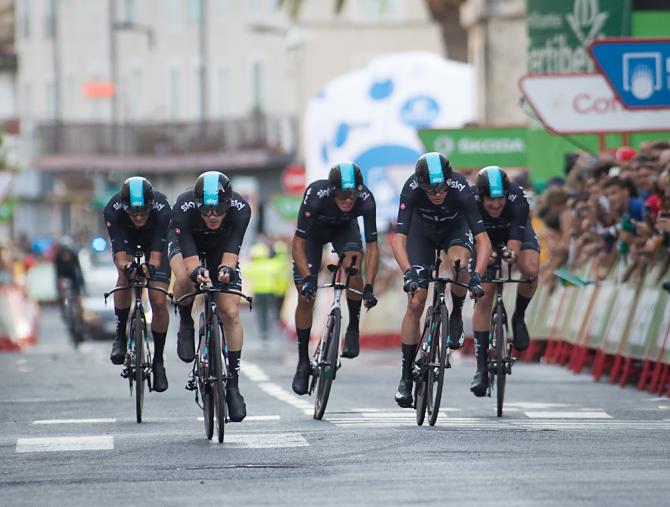 Team Sky crossed the line on the very technical 13.7km course around Nimes in 16’07″ just nine seconds off the pace set by BMC.

Team Sky DS, Nicolas Portal, praised his team’s display: “We all know it’s a fast and technical time trial so only losing nine seconds to BMC and gaining time on others [Froome’s GC rivals] was good.”

“Froome was telling me that he was feeling really strong so that’s a good sign as you need to be on it straight away [at Grand Tours].

“We finished with five guys, but we really used everyone optimally and they did a really great time.”

Stage two sees the race stay in France as the riders tackle the 203.4km trip from Nimes to Gruissan and despite looking like a relatively flat day, Portal says his team is ready for tricky weather conditions.

“Close to Perpignan the wind is always quite strong and it will be a really stressful day, all the Sport Directors know this as the route is very open.

“We’ll go through lots of small towns and it is close to the beach so I’d expect lots of the public to be on the route too and if the wind picks up and the race is fast we also need to watch for road furniture too.”