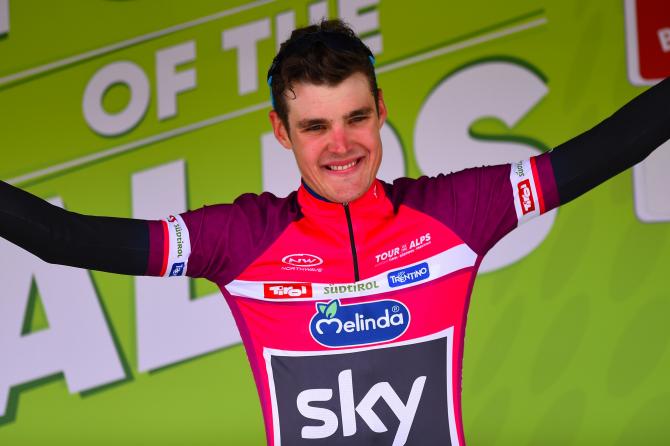 Egan Bernal’s injury last week means Team INEOS have had to turn to youth for the first Grand Tour of the year in Italy.

Pavel Sivakov and Tao Geoghegan Hart will start the Giro as Ineos’s GC leaders. Both impressed at the recent Tour of the Alps. Eddie Dunbar, fresh off a strong performance at the Tour de Yorkshire, will make his Grand Tour debut.

“Over the last two seasons we have been bringing together a carefully selected group of young riders who we believe to be the future of our team,” Dave Brailsford said. “With this developmental goal in mind, we have chosen to field our youngest-ever team for a Grand Tour and it’s fitting it should be our first one as Team Ineos.”

Defending champion Froome and Tour de France winner Geraint Thomas are skipping the race to prioritise the battle for the yellow jersey in the Tour, while Egan Bernal was ruled out after breaking his collarbone in training last week.

Bernal reportedly crashed on a slippery roundabout during a training ride on Saturday. He had just returned from Colombia and was out for one of his last pre-Giro training rides near his European base.

Brailsford has challenged his young team to embrace the next few weeks, adding: “Whilst we have set ourselves some clear targets and goals, the most important thing is to animate the race, embrace it and enjoy it too – as a young Team we really want them to feel an excitement and anticipation of taking on this adventure and to test themselves and see where they get to.

“We will all feel very proud to start our first Grand Tour as Team INEOS and start what I’m sure is going to be a great journey together.”