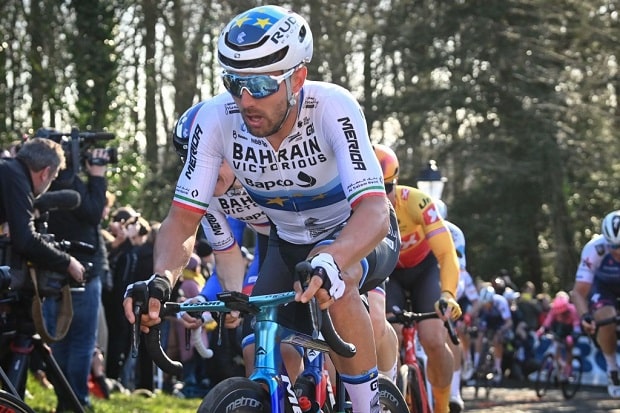 Sonny Colbrelli has been fitted with a defibrillator and discharged from hospital in Italy two weeks after collapsing at the finish line of the opening stage of Volta a Catalunya.

The European champion went under the knife in Padua after losing consciousness and suffering spasmodic convulsions following an uphill dash for the line in the first stage of Volta a Catalunya.

“Sonny Colbrelli is returning home today after being discharged from the Cardiology Clinic of the University of Padua, where he was admitted on Saturday 26th March,” said Bahrain Victorious team in a statement.

“Colbrelli has been through a successful intervention of subcutaneous defibrillator (ICD) implantation on Thursday.”

Bahrain Victorious did not say for how Colbrelli would be away from cycling but he is now in the position of potentially not being able to ride in his home country.

Colbrelli had been making his comeback in Catalunya after a bout of bronchitis. He won Paris-Roubaix last year a few weeks after claiming the European title.