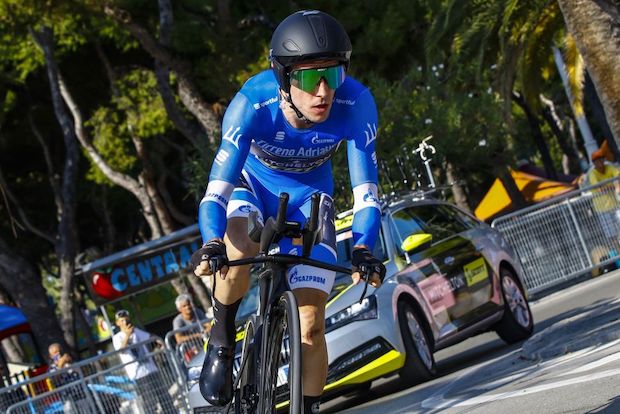 Simon Yates claimed overall victory in the Tirreno Adriatico after holding off his rivals in the final stage time trial in San Benedetto del Tronto on Monday.

The 28-year-old rider went into the 10km time trial with a 16-second cushion over Rafal Majka and finished a handy 17th.

Geraint Thomas used his strong time trial skills to finish fourth in the stage but was unable to claw back a 39-second deficit on Yates in the overall standings.

Thomas, who will ride the Giro d’Italia after being left off his team’s Tour de France roster, finished second overall, 17 seconds behind Yates with Majka (Bora-hansgrohe) dropping down to third place.

“It’s my only stage race win outside the Vuelta and I’m just happy I could finish off the job of the team who did a fantastic job all week and today it was up to me,” said Yates.

“I had time gap updates, but I was still going full gas. You never know until the last moment so I just tried to go to the maximum possible and I’m happy I could pull it off.”