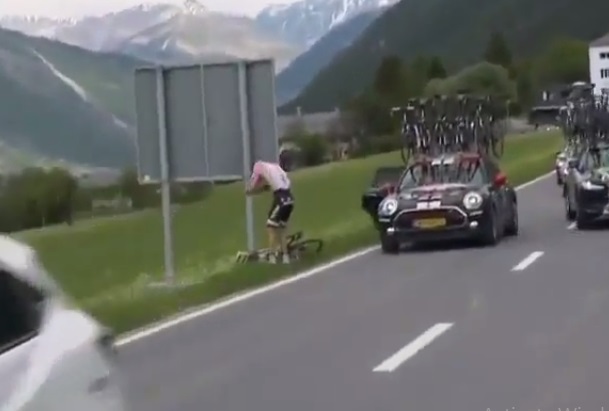 Tom Dumoulin took a very badly-timed natural break during stage 16 of the Giro d’Italia after he suffered stomach trouble.

The Team Sunweb rider finished more than two minutes down on the stage winner, Vincenzo Nibali, and kept his race lead by just 31 seconds.

The treatment of the pink jersey rider caused quite a controversy with many onlookers suggesting that the main pack should have waited for Dumoulin before continuing.