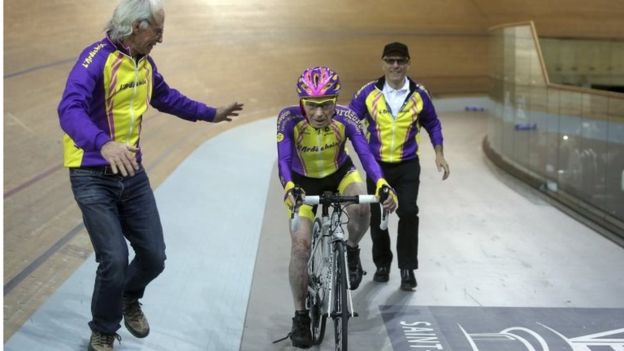 French cyclist Robert Marchand became the first person to set the hour recrod for riders aged 105 years and above, a category recently created for him by the UCI. The 105-year-old set a distance of 22.547 kilometres at France’s national velodrome in Saint Quentin en Yvelines.

He “could have done better”, he says, but missed a sign showing 10 minutes to go.

“My legs didn’t hurt. My arms hurt but that’s because of rheumatism. I’m not in such good shape as I was a couple of years back,” he told AFP.

“I am not here to be champion. I am here to prove that at 105 years old you can still ride a bike,” he said.

Born on 26 November 1911, Marchand puts his fitness down to diet – lots of fruit and vegetables, a little meat, not too much coffee – and an hour a day on the cycling home-trainer.

A prisoner of war in World War Two, he went on to work as a lorry driver and sugarcane planter in Venezuela, and a lumberjack in Canada.

No stranger to sport outside cycling, he competed in gymnastics at national level and has been a boxer. 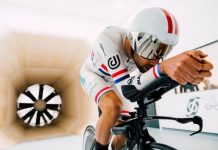 Watch: At 106, Robert Marchand hops back in the saddle