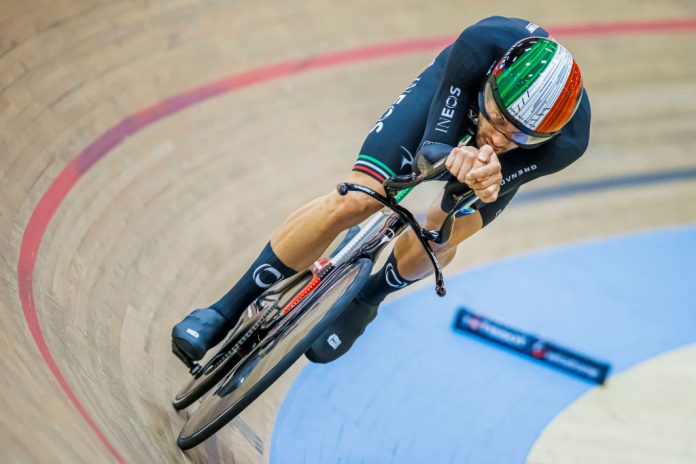 Filippo Ganna made up for a disappointing season so far by powering to a new one-hour record of 56.792km at the Grenchen velodrome in Switzerland on Saturday.

Ganna bettered the surprise mark set by Britain’s Daniel Bigham, a performance engineer at his Ineos Grenadiers team, of 55.548km on the same track last August.

Starting cautiously, the double time trial world champion gradually increased his pedalling rate to dislodge Bigham, 31, who had attempted the world record in order to collect data for Ganna’s quest.

Ganna, 26, erases the mark of Chris Boardman, 56.375km, from 1996. That distance had been cancelled by the International Cycling Union after a change in equipment regulations.

He’s the first Italian to set the hour record since Francesco Moser in 1984.

But the Italian, riding a bike created by the Pinarello brand with a 3D printed frame to increase aerodynamic performance, gradually overtook Bigham after 20 minutes.

In front of a ecstatic crowd, the slender rider from Piedmont raised his arms aloft as he crossed the line.

The record embellishes a disappointing campaign so far with a seventh-place finish in the road world time trial in Australia. 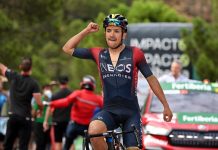