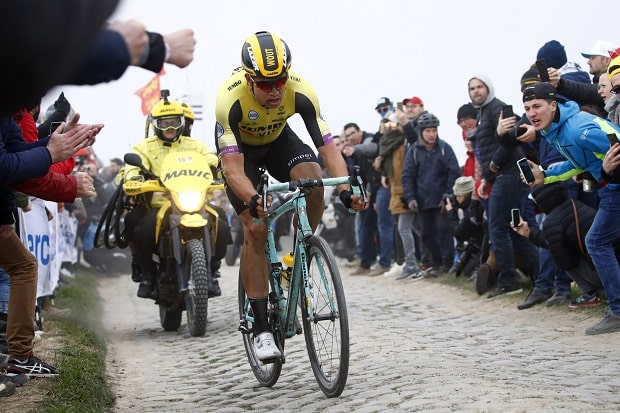 Paris-Roubaix was postponed due to the coronavirus pandemic on Tuesday as organisers ASO held back as yet to changing dates for the Tour de France.

ASO, who run the Tour and Paris-Roubaix, also announced the postponement of Fleche Wallonne and Liege-Bastogne-Liege.

Another ASO race Tour de Yorkshire scheduled for 30 April to 3 May, with male and female versions, has been called off too.

Paris-Roubaix has been raced since 1896 and has only been previously cancelled during wartime.

In a flurry of virus hit cycling races ASO stubbornly staged the Paris-Nice one week tour that ended a day earlier than scheduled last Saturday.

ASO chief Christian Prudhomme suggested earlier this week he hoped the Tour could go ahead as scheduled for 27 June to 19 July.

Cycling was one of the first sports hit hard by the coronavirus outbreak with the abandonment of the UAE Tour in late February after two Italian mechanics tested positive for Covid-19.

There was a sense of shock when the caravan of riders, support staff and media were put under quarantine, where some, including Colombian sprinter Fernando Gaviria, remain.

Then came the cancellation of Tirreno-Adriatico, with the Milan-San Remo also being called off for only the fourth time in over a century.

Last Friday the Giro d’Italia – scheduled for 9-31 May – was postponed after Hungary announced it would not host the opening three stages in and around Budapest as planned.

Since then the Tour de Suisse, Tour of the Basque Country and Tour of Romandy have all been postponed too.