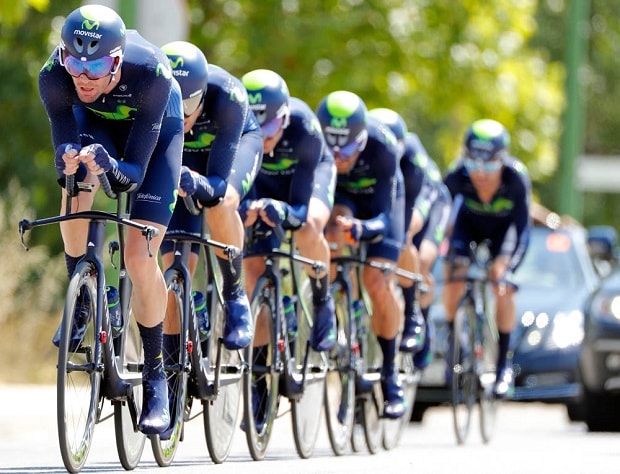 Movistar have announced their Vuelta a Espana line-up, trimming their long list down to a starting nine.

Week one of the Vuelta a Espana will include short, steep finishes near the Levante coast (Alcossebre, Xorret de Catí, Cumbre del Sol); week two will feature some of the longest, most iconic climbs in Andalusia (Calar Alto, La Pandera, Hoya de la Mora); and the final six days, starting with a 40km ITT at the Movistar’s home region Navarra, will take the riders through grueling mountains, like Los Machucos or the decisive L’Angliru.

Wednesday, the team will travel to France to prepare the Team Time Trial that will start the Spanish Grand Tour.