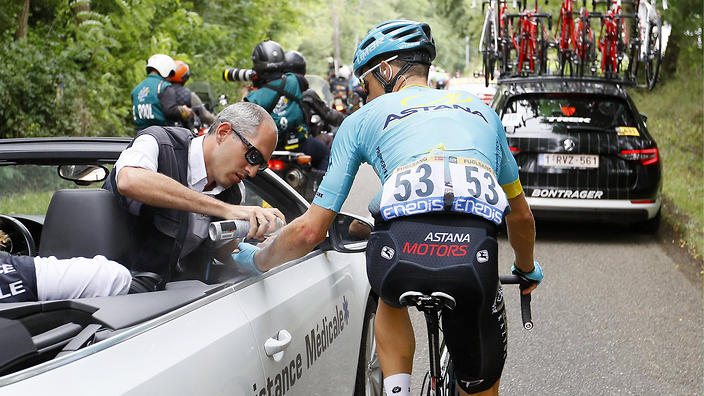 Jakob Fuglsang crashed out during a criterium in city of Herning. It was the first race for Fuglsang after the Tour de France.

The Criterium du Dauphine winner crashed on stage 11 of the Tour de France, fracturing his arm in two places, and while he was able to continue for a couple days, he soon abandoned on stage 13.

Now, in his first race back, Fuglsang has broken his collarbone in a crash and again faces some time on the sidelines.

Right after the crash Fuglsang was moved to the hospital for the medical checking. A fracture in the left collarbone was diagnosed. The Astana rider was transferred to Belgium in the hospital of Herentals where he underwent surgery.