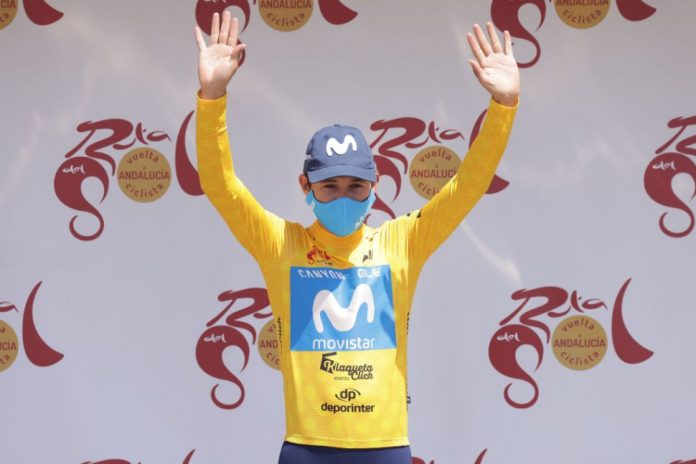 Miguel Angel Lopez won the Vuelta a Andalucia on Saturday, after the fifth and final stage between Vera and Pulpi ended in a reduced group sprint won by Ethan Hayter.

“We finished the day in the best way,” he said. “We came here with a good mindset, wanting to do something significant and take this Vuelta a Andalucia seriously.

“We had already raced in Romandie, to take the pulse of the peloton after those seven months without racing, then a couple of days in the Challenge de Mallorca and here we came with the desire to fight for a stage. And look what we found.”

The Movistar leader will race the Criterium du Dauphine before going to the Tour de France.