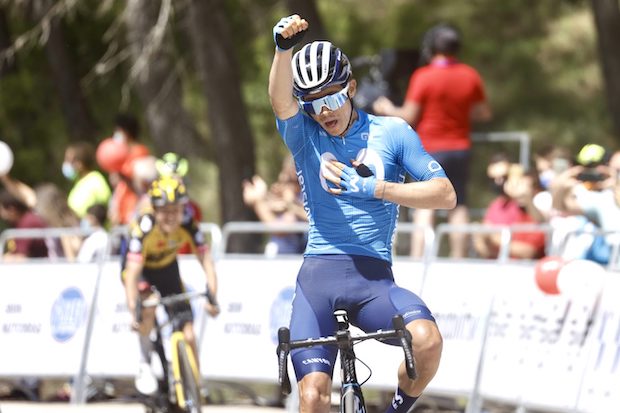 After he was defeated by Ethan Hayter in the second stage of the race, on Wednesday, Miguel Angel Lopez won the queen stage of Vuelta a Andalucia one day later, ahead of Antwan Tolhoek (Jumbo-Visma) and James Piccoli (Israel Start-Up Nation).

You can rewatch STAGE 3 of 2021 Vuelta a Andalucia HERE

The Colombian claimed the yellow jersey in the Spanish race with this victory and leads the race overall by 20 seconds from Tolhoek with Julen Amezqueta (Caja Rural-Seguros RGA) in third overall, 55 seconds down.

“It’s a really special day. The team was magnificent today. It wasn’t to be yesterday, we came second, the finish was so hard, yet we started today with a plan to pay back the whole team after the work they’ve been doing from the very start of the race, and all team-mates were excellent again”, said Lopez.

“Héctor was the key man today: we had him joining the breakaway, looking to have someone ahead to support after an attack, but all the other team-mates, Rojillas, Abner… did an impressive job so I only had to get myself to Carretero, for him to support me until the end. It was sensational”.