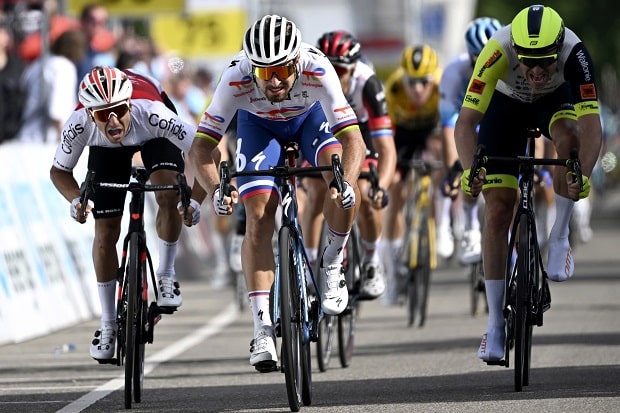 Peter Sagan sprinted to victory in the third stage of the Tour de Suisse on Tuesday as Stephen Williams holds the overall race lead.

Sagan claimed his first victory in TotalEnergies colors after he outsprinted Bryan Coquard and Alexander Kristoff in Grenchen.

“I told you already it’s hard to get back in a racing mood afer my sickness and three months without racing – it just needs time,” Sagan said at the finish.

“It’s just a stage win, I’m happy for that and for the team, they did a great job on the front pulling all day. In the end I made it, and I’m just happy for that.”

The 32-year-old hadn’t won in nine months, with his last WorldTour victory coming further back in last year’s Giro d’Italia.